You can travel to Bangkok on your own, and the capital of Thailand is a natural starting and ending point for a trip to Southeast Asia. Bangkok is well connected by many different means of transport in all directions, but if you want to find out about the way of life in Bangkok, you should spend at least five or six days there and a few more days at the end of the trip.

Bangkok is a somewhat strenuous and nowadays more expensive place than other places in the area for a long, multi-week vacation, and at least it’s worth a day trip elsewhere.

You can also take an organized package trip to Bangkok, a lot of people are made there. 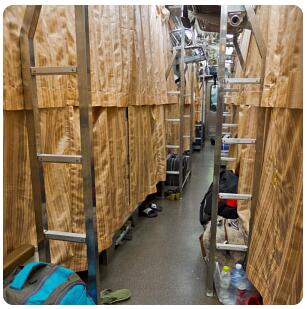 A self-employed traveler can book their own flight from Helsinki to Bangkok, and at the same time as booking a flight, it is also worth booking accommodation. There are flights from Finland to Bangkok all year round, and you can expect to get a round-trip flight for 500–700 euros. A round trip is usually cheaper than two one-way flights, as the return journey is easily taken much more than normal.

Flights from Finland to Bangkok

It is easy to get to Bangkok from Helsinki all year round. It is most advantageous to travel when there is a monsoon season in Thailand and when there are few people to travel there, i.e. in August, September and October. The most expensive thing to fly there is in December, and it is especially expensive from Christmas time to Epiphany. It is also somewhat more expensive than usual to fly in July, and it is a bit more expensive than normal anyway during the school summer holidays. If you want to travel to Bangkok during the season but when flights are not at their most expensive, November, January, February and March are the best months in terms of prices.

Aeroflot has become one of the most popular airlines on flights from Europe to Bangkok and there are several reasons for this. Prices are affordable, the machines are excellent, the service plays and the staff is enough. First, it is preferable to fly by Aeroflot to Moscow Sheremetyevo Airport (SVO), for which no visa is required. From there, the plane usually leaves in the early evening and is in the morning in Bangkok (Suvarnabhumi or BKK). There are other flights today, and in one day Aeroflot can fly many times from Moscow to Bangkok. The lowest prices include a suitcase and meals, and a round-trip ticket is significantly cheaper than two one-way tickets. It is noteworthy that vegetarians, other people on special diets and those who want better food than usual,

Finnair flies directly from Helsinki to Bangkok’s main airport (Suvarnabhumi or BKK). A direct flight takes 9 ½ hours, and you can get one for at least more than 300 euros in your direction.

Qatar Airways flies to Bangkok, but the flights are stopovers.

UIA flies fairly fast and cheap but non-stop flights from Helsinki to Bangkok.

Elsewhere in Thailand to Bangkok

From elsewhere in Thailand as well as some nearby countries you can get to Bangkok by plane, bus, minibus, train or taxi. Getting around is easy from many places, but roughly the longest trip worth making during the day is a bus ride from Pattaya to Bangkok. Some train journeys also take a short time, and you can move from Hua Hin to Bangkok in 5-6 hours.

Night trains are convenient for some long journeys, and both from north of Chiang Mai and south of Surat Thani or Trang south of Krabi can be reached by night train to Bangkok.

If you don’t have time on a monthly basis, you might want to fly from Krabi or Phuket to Bangkok, for example, just like from nearby major cities like Phnom Penh or Saigon. 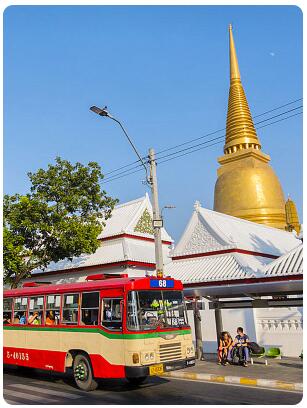 If you want to fly directly from the rest of Thailand to Bangkok, there is a Bangkok Airways company that flies there directly from many different places like Phuket and Koh Samui. Domestic flights are also operated by Thai Airways and Thai Air Asia .

Bus and minibus rides to Bangkok

Various buses arrive in Bangkok from all over Thailand and nearby. It is a short journey from just a few places, and in most cases the bus ride takes all day or can take you through the night. Minibus and big bus rides are spectacularly advertised, and moving to Bangkok is no problem. If you want to move as easily as possible, a minibus is usually the most comfortable and also the easiest way, as they can pick up from the accommodation and take you to a central location, as in Bangkok, Khao San Road is easily accessible by minibus but in many cases also by big bus. However, minibuses are often crammed full of western tourists with enough stuff, and it is not recommended for them to make journeys longer than 2-3 hours.

If you want to move to Bangkok from elsewhere, you should do so at the travel agency or at the bus station ticket office. If you want to take the big bus, in many places you can just go to the station and buy a ticket to Bangkok. Bus rides are quite good if they last less than 6 hours, but longer trips in one day are not worth making. It is always a good idea to leave in the morning, as it takes time to travel and the darkness goes down early. In general, bus rides take longer than reported, and if the journey is claimed to last 5-6 hours, it is sensitive to 7-9 hours.

The big bus is a good ride for those with a lot of stuff to carry. The minibus is good for those with as little stuff as possible. If you go to the minibus with a big bag, you can be charged for two seats. You should always ask about this when buying a ticket. Buses are not allowed to drink alcohol and their air conditioning is so efficient that buses are often the only places in Thailand where a jacket may be needed.

By rail to Bangkok

Bangkok is best reached by rail from the south or north. The trains are nice but they are almost always late. You can travel by train during the day, but you should not make unnecessarily long trips at once, but it is just 5-6 hours from Hua Hin that you are on the verge of a nice day.

Night trains are best for those traveling more than 6 hours. The best compartment is a second-class air-conditioned compartment with upper and lower beds. The upper bed costs less and the lower bed is more comfortable, as you can also sit in it.

Train tickets are inexpensive and can be obtained in advance from any train station. You should research the schedules and accurately record the Departure Time, Train Departure Time and Train Number on the paper. With the information and passport, you will go to any Thai train station and buy a ticket. The means of payment are cash and debit cards. If you plan to take the night train south or north, you may want to buy a ticket a couple of weeks in advance. If you travel during the day, all you have to do is buy a ticket just before boarding the train.

It is difficult to get reliable or non-commercial information about trains from the internet. The Thai Railways website doesn’t always work, and anyway, it’s best to go visit the train station and find out how the trains run. You should not rely on any schedule found at the hotel or any official departure time other than from the station or travel agency.

By taxi or other private ride to Bangkok

Taxis, for example, take them from Pattaya and Hua Hin at a brisk pace, especially to Bangkok airports, and these trips as well as other taxi trips to Bangkok are advertised and prices are clearly displayed. Pattay and Hua Hin have numerous taxi services where a trip can be arranged. Prices vary very little from place to place, but the size of the crew or the amount of luggage affects the price.

There is quite a bit of information about taxi trips online, but for example, a traveler between Bangkok and Pattaya sees cars and prices from Tom Taxi .

You can go to Bangkok for a wide variety of package tours, and some packages can also be combined with other destinations. Many travel agencies also organize excursions around the city and can be enjoyed overnight. However, any additional services from airport travel onwards are always completely overpriced by travel agents.

Aurinkomatkat organizes weekly trips to Bangkok, which can be reached at the cheapest price for about 700 euros. The travel season is from mid-November to the end of March. The trips are close to 700 euros, especially from the beginning and end of the season, but if you want to travel to Bangkok in late December or the first days of January, they are considerably, up to three times more expensive. It is more expensive than usual almost throughout December and until the beginning of March, but at other times you can get a trip for 700 euros. Prices are for couples or two travelers, and if you want to travel alone, it usually costs a bit more.

Tjäreborg makes year-round trips to Bangkok. You can define the length of the trip yourself, and you can combine other destinations on the same trip.