Due to the generally very precarious security situation in Iraq, there has been an official travel warning from the Federal Foreign Office for years. “As early as the beginning of October 2019, riots and violent clashes in Baghdad and other larger cities resulted in numerous fatalities and injuries, which resulted in curfews and the shutdown of the Internet and the blocking of social media.”

Since the outbreak of COVID-19, there have been various restrictions on freedom of movement in the country between the provinces and sometimes within a sector and a municipality. Despite the rising number of cases, some Iraqi airports have reopened for commercial flights. The Federal Foreign Office explicitly advises against “unnecessary” trips to Iraq. Currently, a COVID-19 negative certificate (less than 72 hours) must be presented when entering the country as a German citizen.

According to thereligionfaqs, German citizens require a visa. Visas can be applied for or picked up on workdays between 9 a.m. and 12 p.m. at the Iraqi Embassy in Berlin or the Consulate General in Frankfurt am Main. Conveniently, they should be submitted at least 2 months before the start of the journey. Visas for purely tourist purposes are currently not issued.

Those who fly directly to the autonomous Kurdish part of Iraq can get a visa in Erbil and Sulaimaniyya. If you want to stay longer in Kurdistan, you definitely need a Kurdish residence permit. The conditions of issuance vary depending on the situation, the nationality of the visitor and the reason for residence. The Federal Foreign Office officially advises that German citizens still need an Iraqi visa, even when entering the Kurdish-administered provinces.

The British Foreign and Commonwealth Office (FCO) provides the quickest instructions and travel warnings. Interested parties can also register for updates on the site. At the moment the FCO categorically advises against entry into Iraq, including the Kurdish autonomous region. 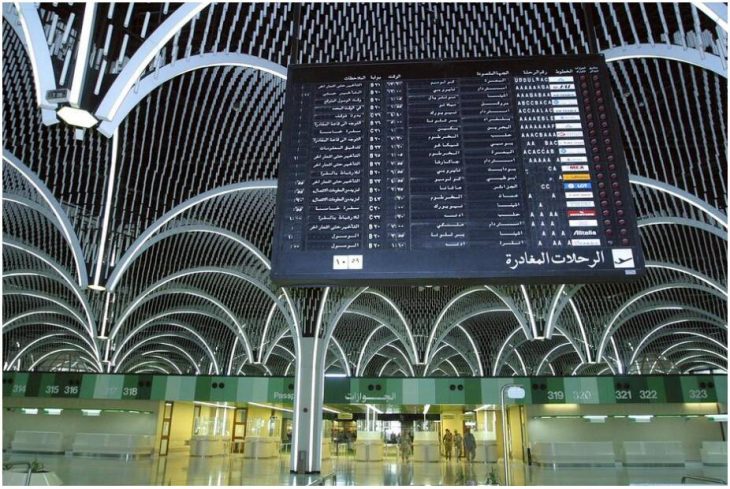 The technical possibilities for travel as well as the underlying infrastructure are getting better and better. The security situation, on the other hand, has deteriorated again in the past two years. The same applies here: You should not travel as a private person or on an official order without consulting the safety officer. Since IS has controlled or even dominated some corridors between Syria and Iraq, it would be irresponsible to travel there on your own.

Iraq has both a continuous rail network from north to south (but only with limited service in some parts) and extensive transport routes in all directions. There are overland connections from Basra to the holy cities of the Shiites (Najaf, Kerbala) and from there to the capital. From Baghdad itself there are long-distance buses to all major cities in the surrounding area. There are also junctions for distance connections in Dohuk, Erbil, Kirkuk and Suleimaniya.

Iraqis still prefer communal taxi rides even for long-distance journeys. In every medium-sized city there are small taxi hubs where the drivers shout their destinations loudly into the crowd. As a rule, there is always someone there who knows all about the hustle and bustle – just finding him is sometimes a bit tedious. Iraqis don’t mind. You are long-suffering and quite patient. In any case, foreigners should only use routes and means of transport that have been agreed with the security forces concerned!

An alternative to this are the numerous bus stations that can be found in all major cities in Iraq. However, their vehicles do not circulate as often during the day and do not leave in the dark either. With the taxi you drive more individually in every respect. Women generally sit in the back and a man could not score even if he offered the woman a seat in the rear. However, every passenger gets sympathy points who sometimes take the unfamiliar child on their lap and let the tightness as little as the fellow passengers do.

In urban buses, it is common not to pay the driver directly when boarding. First you sit down calmly and then the fare is passed from the back to the front. Even if that doesn’t fit, you will always get exactly your change back – you can absolutely rely on that! For very long distances – for example from Erbil to Basra – there are flight connections. The latter have been expanded over the past few years and are the most affordable way to travel.

However, special travel conditions apply especially to foreigners, subject to personal security. Therefore, one should not travel alone in strange and unfamiliar surroundings. Exceptions are possible for short journeys on main routes that are usually safe and controlled. However, this only insofar as they are carried out with a registered driver and not in capital cities or the “hot spots”. In Baghdad and the surrounding area, you should never be alone on the road – and certainly not without first speaking to the responsible security officer. The “Disputed Areas”, the area around Tikrit and the Shiite strongholds during religious festivals should be completely taboo for private travel. The same applies to the above-mentioned cities with particular risk potential: Baghdad, Mosul, Erbil, Ramadi, Fallujah. A kind of reliable safety assessment can hardly be pronounced for it!

When planning a trip, the numerous official holidays should be taken into account in addition to safety aspects. Attention: the dates can change from year to year, for example because Muslim holidays follow the Islamic lunar calendar.