The situation on the housing market, which has been very tense for a long time, is visibly improving in the country. However, there are many more offers to buy than to rent. When renting out, you should definitely insist on a written contract, ideally also in English. It is advisable to have an Iraqi lawyer or notary proofread this document before signing it. In the post-Saddam era, ownership of real estate was still unclear at times. Not every landlord always has sufficient authorization to rent.

But there are more and more professional real estate agents. They often have their offices in the newly emerging residential complexes and can be contacted there. The so-called “English Village” near the international airport in Erbil is well known. The Christian district of Enkawa is also ideal for Germans to live in. In Sulaymaniya, the “German Village” is analogous, where hundreds of new apartments have been completed in recent years.

Regardless of whether you are buying or renting an apartment: You should always keep in mind that the current situation could make it necessary to leave the residential area in question or even the entire country quickly.

In Baghdad I can only recommend the “International Zone” with a reasonably clear conscience. However, access to it is strictly limited. Civilians without accreditation or without an official invitation from an organization accredited there, or at the invitation of the Iraqi government, will not be admitted.

Foreigners with official access authorization usually stay at the Hotel Al-Rashid. Together with the Hotel Palestine, which is not in the specially secured “International Zone”, it is the preferred accommodation for foreign guests. The Baghdad Airport Hotel at Baghdad International Airport is also used by business travelers. Private hotels and rental properties in the urban area of Baghdad are expressly not recommended due to the threatening security situation. And even in the highly guarded “International Zone” one is not completely safe.

For stays in Iraqi hotels, legible copies of your passport and visa documents are required upon check-in. Better hotels have their own copiers – but not all! It is therefore generally advisable to always have copies ready in addition to the originals. Because foreigners, especially when they travel in Iraq, are constantly checked for valid original papers. If one should get lost, existing copies can be invaluable.

The classification of Iraqi hotels by stars is not standardized. However, in the 3 and 4 star categories, you usually get quite reasonable accommodations. 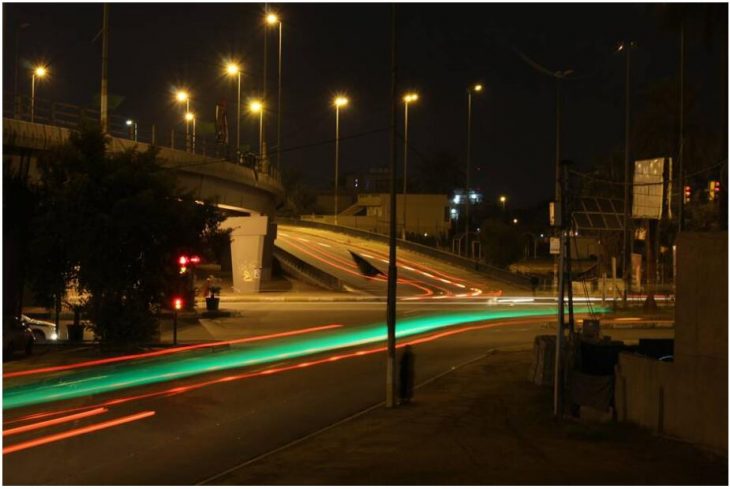 After IS – return to normal?

After overcoming the so-called Islamic State, a kind of normality has returned to the lives of Iraqi students in Baghdad, as the report “In Baghdad, Students Ignore War and Look for Love” (English; Arabic with English subtitles; 1:34 min) by VOA shows.

The supply situation for the Iraqi resident population varies greatly depending on the region. The shortage of electricity and clean drinking water led to several protests, some of them violent, in the south in 2018. In 2018, Baghdad was again in last place on the Mercer ranking list of cities in the world. It remains (for 10 years now) at number 231 out of 231, even behind the war-torn Damascus and Sanaa.

There are no problems for the foreigner with a temporary stay, who is highly unlikely to stay in the village or in remote areas. It is true that power outages can occur anywhere and anytime – this is the normal rule for Iraqis – but power generators are immediately ready for use anywhere. In Iraqi cities you can get all the food, clothing, cosmetics and medicine you need.

The security situation in Iraq has been generally worrying since 2003. It has steadily deteriorated since 2012 and is currently experiencing a new wave of violence. The US has not only announced the withdrawal of its troops but is also signaling a potential closure of the US embassy in Baghdad. Kazemi decided to investigate recent attacks on buildings and vehicles at several Western embassies. Inner-Iraqi fighting, which is currently escalating even between the dominant Shiite militias, and misdirected anti-occupation attacks are claiming many civilian victims again.

The Federal Foreign Office is currently advising against traveling to Iraq. There is an increased risk for the eastern border region Turkey-Iraq and, further south, along the mountain ranges between Iraq and Iran. The PKK operates in both areas. Turkish combat operations against the Kurdish militia were even intensified in 2020. The British government classifies a trip to Iraq, including the Kurdish autonomous regions, as dangerous. Recent rocket attacks, which only caused property damage near Erbil Airport, support this cautious assessment.

According to topb2bwebsites, foreigners may also be prepared to be checked quite often on inner-Iraqi roads ; of various kinds of security organs. The road and security police, as well as the national military and units of the Kurdish Peshmerga maintain a close-knit network of marshals and mobile patrols. ID checks are also often carried out in public buildings. All of this is for your own safety and should be accepted calmly. Iraqi inspectors are trained to deal with foreigners. They behave in an extremely correct, friendly and professional manner towards them. One should also be prepared for the fact that body searches occur everywhere.

Experience has shown that it is advisable to carry a valid certificate of employment with you in addition to the original identification documents. It should ideally be written in Arabic or Kurdish and contain an original signature and the employer’s official company stamp. Such a document can enormously simplify and shorten controls of all kinds! A few official lines on the occasion and destination of a trip (or stay) can be very helpful, especially at these times.