At least 95 percent of the Liberian population belong to the indigenous groups, of which the Mande-speaking Kpelle represent the largest group with around 17 to 20 percent of Liberians. The Vai, Loma, Mano and Gio also belong to the same language group. The settlement focus of these groups is in the north and west of the country. The second major language group are the Kru languages with a focus on south and east Liberia. This group includes the Bassa, Krahn, Kru and Grebo ethnic groups. The Bassa are the second largest ethnic group with a share of around 14-15 percent of the total population. The Gola and the Kissi on the border with Sierra Leone and Guinea form a third language group. Their languages belong to the West Atlantic languages. The mandinka play a special role(also Mandingo, Malinke), who also speak a Mande language, but differ from the other indigenous tribes through their Muslim beliefs and their socio-economic role as traders and business people. All indigenous groups in Liberia have linguistic and cultural ties to related ethnic groups in neighboring countries.

According to ethnicityology, the Americo-Liberians make up between 2 and 5 percent of the total population of Liberia. They are the only group who speak Liberian English as their mother tongue. Nevertheless, this language has established itself as a communication and educational language. A Liberian actor offers an auditory impression. The only official language in Liberia is English.

Most Americo-Liberians live in Monrovia, they also represent a significant part of the Liberian diaspora (especially in North America). The most important non-African population group in Liberia are the Lebanese, whose number is estimated at between 2,000 and 10,000 people. Although they have been in the country for several generations, the Liberian constitution denies them citizenship (which is linked to African descent). They play a dominant role in Liberian trade and commerce.

The macrosocial structure of Liberia is shaped by a number of factors that are the result of the settlement history on the one hand and the consequences of the war on the other. Liberian society is therefore extremely heterogeneous and charged with tension:

The social and economic contrasts between urban and rural populations are considerable.

Liberia is one of the poorest countries in the world. An estimated 270,000 people died during the civil war (1989-2003), more than 464,000 people were internally displaced and 350,000 Liberians sought refuge in neighboring Guinea, Sierra Leone and Ivory Coast. Most of the displaced have now returned to their homeland, but the country continues to suffer from the aftermath of the war. The physical and social infrastructure of Liberia has suffered serious damage. Most of the country’s residents have no access to clean water, and public energy supplies only exist in parts of the capital. The war has exacerbated inequalities between the population in Monrovia and those in the hinterland, although Monrovia has also suffered greatly from the conflict. This contrast applies above all to the labor market: while there are a certain number of jobs in the government and service sectors in Monrovia, there are hardly any employment opportunities in the hinterland beyond subsistence agriculture.

This situation is particularly difficult for young people who often have no opportunity to complete vocational training. Among other things, because youth unemployment is seen as a risk potential for crime, conflict and violence, organizations such as Welthungerhilfe have developed employment programs.

The proportion of people living in absolute poverty is significantly higher in rural areas than in cities, with around 75% of the population living on less than a dollar a day. This situation complicates efforts to prevent child labor. The proportion of employees in the formal sector should not exceed around 30% of the working population. A good half of Liberians live in cities. 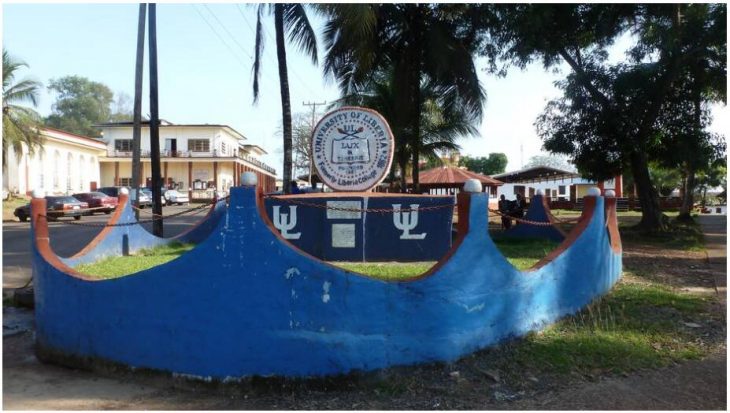