Before the war, Liberia played an important role as a regional financial and commercial center. The ports of Monrovia and Buchanan served as a transshipment point for goods from neighboring countries. Although efforts are being made to expand the transport infrastructure, these sectors have not yet recovered from the aftermath of the war. One obstacle to development in this area is congested and slow internet connections. The submarine broadband cable ACE arrived in Monrovia in 2011 and now enables faster internet access.

Industrial production was already relatively low before the war, in Monrovia today there are bottling plants for soft drinks, a brewery, a fish and a cement factory. The development of this sector suffers even more than the other branches of the economy from poor road conditions, competition from cheap imports and unreliable water and energy supplies. The electricity bottleneck leads to one of the highest electricity prices in the world. However, substantial investments are to be made in the expansion of the infrastructure in the coming years.

According to ehistorylib, the Liberian merchant fleet plays a special role. Around 3,100 ships with a total of 93 million gross registered tons sail under the Liberian flag, in the second largest merchant fleet in the world. The reason for this large number is the liberal regulatory practice of the Liberian authorities, which granted the operation of the shipping register as a concession to an American private company. The Liberian government receives approximately US $ 15 million a year from this area, but there are few links between this “offshore industry” and the real economy.

The reputation of Liberia as a tax haven is partly connected with the shipping register. With a predominant stay on the ship you are not obliged to pay tax. Liberia also offers other ways of hiding money from tax authorities or the judiciary.

The tourism in Liberia is barely developed, mainly the tourist facilities are used by non-Liberians / inside, working in Monrovia, or from inside Liberians / who live in the Diaspora. The 2014-16 Ebola crisis represented a setback for the slowly developing tourist infrastructure.

Liberia is in a transition phase from the post-war situation to the normality of a developing country. It should not be overlooked that the civil war will shape the life of the population for a long time to come. This applies on the one hand to the extensive destruction of the infrastructure, but above all to the physical and psychological consequences of the events of the war. In the Human Development Report of the United Nations Development Program (UNDP), Liberia was ranked 176th out of 189 in 2018.

The Liberian government formulated its development strategy as part of the Poverty Reduction Strategy presented in 2008, which focuses on four pillars:

As part of the donor conference for Liberia in Berlin in June 2008, President Johnson-Sirleaf presented this strategy to the donor community and pledged to spend at least 55 percent of all government revenue on the implementation of these development goals.

In 2013 the Agenda for Transformation was adopted, a long-term plan with the aim of transforming Liberia into a more affluent society and an emerging market by 2030.

A central instrument for pooling donor efforts is the multilateral Liberia Reconstruction Trust Fund (LRTF) under the leadership of the World Bank. The African Development Bank and the Chinese and French governments are also contributing large sums to the reconstruction of Liberia.

The main bilateral partner of the Liberian government is the United States of America. The programmatic focus is on education and health, security and business development. Alongside the World Bank, the European Union is one of the most important multilateral donors. The focus of the EU programs is on basic infrastructure (electricity, water and transport).

In addition to widespread poverty, particular challenges for achieving the Millennium Development Goals (MDGs) in Liberia were high child mortality and poor health care. The UN Development Program (UNDP) in Liberia is currently very active in coping with the problems caused by the Ebola outbreak are. The international organization Doctors Without Borders provided most of the medical care for Ebola patients in 2014.

The United Nations has been working with a new global development agenda since 2016. After the Millennium Development Goals (MDGs) had primarily pursued the goal of halving hunger and poverty in the world for 15 years, the UN member states adopted the ” Sustainable Development Goals ” (SDGs) in September 2015 adopted at a special summit at the UN headquarters in New York.

While the MDGs were primarily aimed at improving living conditions in developing countries, the new goals are based on the broader basis of sustainable development for all countries. For the first time, the industrialized countries are also made responsible for the SDGs. With the help of the SDG, the major challenges in the areas of development and sustainability – such as poverty, gender equality, climate change, loss of biological diversity – are to be implemented in political action. The SDGs strive for a balanced weighting of the three dimensions of sustainable development: economic, social and ecological. critic complain, however, that it will not be possible to implement these goals without economic redistribution. 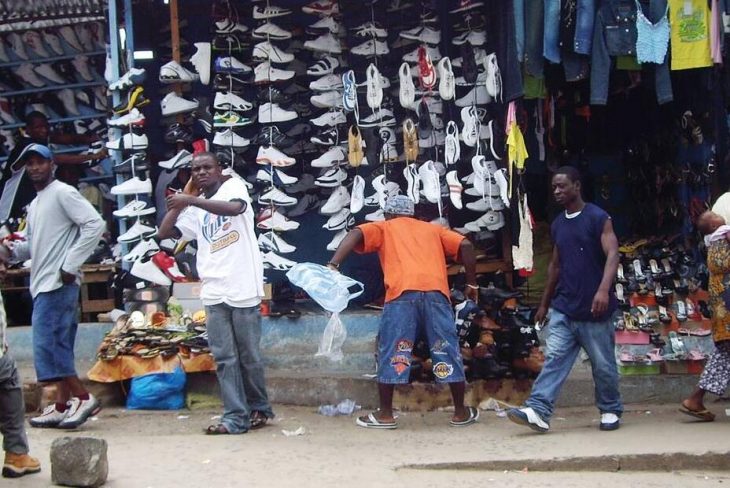