In August 2003, the conflicting parties agreed to form a transitional government led by civilian Gyude Bryant. Under the supervision of the United Nations, the difficult process of national reconstruction began. After just a few months it became clear that many ministers in the new government had their own economic well-being in mind. It is true that between 2004 and 2005 the United Nations succeeded in demobilizing a total of more than 100,000 former fighters from the various conflicting parties and gaining control over most of the country. At the same time, however, the level of corruption took on a dimension that many observers have compared with the Taylor period. While the low salaries (an average of US $ 30-40 per month) in the public sector were only paid irregularly, Ministers and leading officials enriched themselves primarily through corruption at the Monrovia free port and in the award of concessions for plantations and mining companies. These problems were also the reason why the United Nations Security Council lifted the sanctions against the country (especially an export ban on diamonds and precious wood) during the term of the transitional government maintained. The international donor community responded to these challenges in September 2005 with the Governance and Economic Management Assistance Program (GEMAP). As part of this program, key sectors of public administration (customs and tax authorities, port and airport authorities and the ministry of mining) were placed under international administration. In November 2005 elections for parliament and the office of president took place under the supervision of the United Nations, from which Ellen Johnson-Sirleaf emerged as the winner. When she took office on January 16, 2006, the term of office of the transitional government ended. Comprehensive information on developments in Liberia since the war is provided by the reports of the International Crisis Group (ICG). Like many post-conflict countries, Liberia continues to struggle with existing and threatened conflicts that can undermine peace and stability if they are not given sufficient attention. These include land conflicts and widespread corruption.

According to commit4fitness, the Liberian Truth and Reconciliation Commission of Liberia (TRC) existed from 2006-2009 to deal with the background to the civil war. Similar to the South African Truth Commission, the Liberian Commission was set up with the aim of documenting human rights violations from before and during the Liberian civil wars (1979 to 2003), making them heard and preparing the ground for a process of reconciliation. The Commission’s report also includes recommendations aimed at peaceful coexistence in Liberia. According to the statutes, the mandate serves to “promote national peace, security, unity and reconciliation”. The commission was headed by the Liberian human rights activist Jerome J. Verdier. The report that the TRC published at the end of its paper was very controversial.

Charles Taylor has been sentenced to 50 years in prison by the Special Court for Sierra Leone for his involvement in the civil war in the neighboring country. On April 26, 2012, he was convicted of aiding and abetting war crimes and crimes against humanity in Sierra Leone. Since January 2013, the hearings of the appeal process requested by Taylor have taken place, the outcome of which was announced on September 26, 2013. The 50-year sentence Taylor is expected to serve in a UK prison remains.

In Liberia there is a recommendation by the TRC to prosecute particularly serious human rights violations and to call for the prosecution of war crimes by a section of civil society. The establishment of such an institution has not yet been decided. 2019 has civil society some demonstrations organized to a court for war crimes demand, which has led to the fact that President Weah, the more skeptical of since his election of such an institution, easily his mind changed has. As before, however, there are still no resolutions on the further processing of war crimes, which is also due to the fact that some of the potential defendants still hold political offices, the most prominent among them being Prince Johnson.

In the election on October 10, 2017, Johnson-Sirleaf was constitutionally unable to run again. The list of candidates was fixed at the end of July. The previous Vice-President Joseph Boakai (UP) and George Weah (CDC) were considered promising from the outset.

Since nobody was able to achieve an absolute majority in the first ballot, there was a runoff election on December 26th between Joseph Boakai (38.5%) and George Weah (61.5%). George Manneh Weah was elected as the new President of Liberia. Jewel Howard-Taylor becomes vice-president.

On January 22, 2018, Weah was sworn in as president. He gave his inaugural speech in the football stadium in Monrovia in front of thousands of spectators. One of the most important topics in it was his promise to fight corruption sustainably. Many poor people in Liberia have high hopes for Weah, who himself grew up in a slum in Monrovia.

The high expectations placed on the fight against corruption were not fulfilled in the first year of his administration, rather the public discussion was for a long time determined by the disappearance of banknotes printed abroad with a value of 88 million euros.

At the same time, Weah introduced some popular changes, such as the state assumption of fees for school leaving exams and the removal of tuition fees. 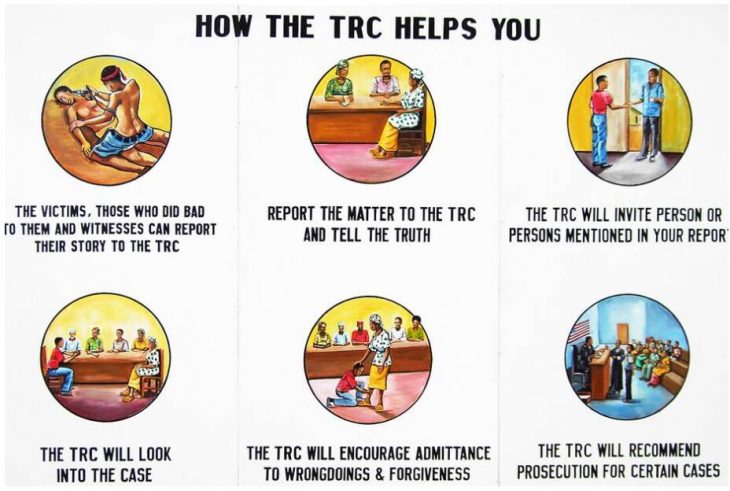