More than 70 percent of all schools were destroyed in the war. Although the government and the international donor community are trying to rebuild and expand the education sector, there is still a lack of space and school materials. Up to two thirds of all teachers have insufficient qualifications, and work ethic and pay are extremely poor. This was shown in 2013 by the fact that 100% of the candidates failed the university entrance examination. Primary school has been compulsory since 2004 for children between 6 and 11 years, nevertheless at least a quarter of all children do not go to school at all. Secondary schools are attended by around 25% of young people. A major factor in these low numbers is the relatively high cost of going to school. The government has abolished primary school fees under the Free and Compulsory Education Program, but the cost of school uniforms and books is substantial. Many schools continue to levy illegal fees, according to government reports. Nevertheless, the country has been able to increase the number of students by 40 percent since the end of the war. The education of girls and women is given special consideration.

After being closed for 7 months due to the Ebola epidemic, the educational institutions reopened their doors in mid-February 2015, but initially with safety requirements. The pupils had to have their fever measured regularly and disinfect their hands. In addition, the number of students in the mostly overcrowded classrooms should be reduced from around 100 to 45-50 students per class in order to reduce the risk of infection.

The illiteracy rate among the adult population is between 37 and 55 percent, with clear differences between urban and rural populations and between the sexes. In rural regions, almost two thirds of the male population over the age of 15 can read and write, but only one third of the female population. Government and international organizations are endeavoring to increase literacy rates through adult education programs.

In rural areas in particular, access to health facilities remains very difficult due to the poor transport infrastructure. There is also a lack of qualified personnel, drugs and medical equipment everywhere in the Liberian health system. The population pays for this with an overall poor state of health and an average life expectancy of 63 years. Malaria is the leading cause of death, followed by diarrhea and respiratory infections.

The HIV rate is an estimated 1.9 percent (2019). This is above the international average of around one percent, but Liberia is not one of the high-prevalence countries. In everyday life, HIV-infected people suffer from severe stigmatization and access to HIV-specific health care is made more difficult by long distances and corruption in the healthcare system.

The infant mortality rate is well above the comparable figures from other African countries, with more than 15% dying before the end of the first year of life. The death rate for infants under five is around 7%. A specific problem in post-war societies is the physical and psychological consequences of the events of the war. This also includes persistent high rates of rape and other forms of domestic violence.

Currently, three quarters of all medical facilities are still operated by – mostly foreign – non-governmental organizations, but this proportion is likely to decrease significantly in the next few years. The Liberian government is therefore making efforts to train more professionals for the health sector. This has become even more important after more than 200 doctors, nurses and carers were infected with the Ebola virus during the Ebola outbreak in 2014/15 and around 100 of them died. Even before this crisis, there was only one doctor for 10,000 people in Liberia.

The weaknesses of the health system, combined with the experience of the Ebola epidemic, led to swift action when the Covid-19 pandemic broke out. Schools were closed before the first case became known, all commercial flights to and from Liberia were suspended from March 24th to June 28th, in public, including on public transport, wearing a face mask is compulsory, a distance of one Meters must be adhered to, hand washing is mandatory when entering the building. The national emergency declared in April 2020 was lifted on July 22nd, along with the night curfew. Schools have been gradually reopening since August 2020. By the end of November 2020 1595 people tested positive for Covid-19, 83 people died of the disease. For the large part of the population who spends their daily income directly on food and has no financial reserves, the lockdown and limited work opportunities were more threatening than the risk of infection. The conditions of poverty have worsened again.

President Weah took an unusual step by producing an educational song himself to fight the spread of Covid-19. 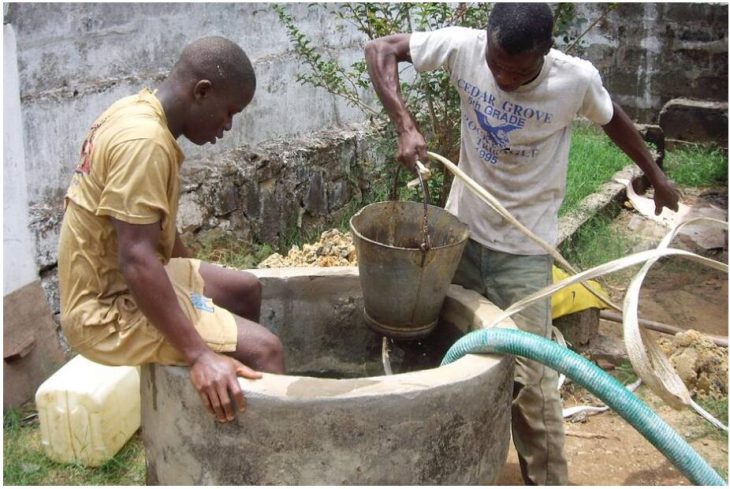