Special features of the country’s history

Liberia is the oldest republic on the continent. At the same time, besides Ethiopia, it is the only country in Africa that has never been under European colonial rule. The philanthropic American Colonization Society was dedicated to the repatriation of freed slaves. In 1821 she founded the city of Monrovia on territory that previously belonged to the colony of Sierra Leone and had been bought from the British colonial masters. Many more settlements were later founded by former slaves from the USA.

Liberia was created by the merger of these settlements in 1847. Joseph J. Roberts, the previous governor, became the first president of the country, which declared its independence that same year. The country’s political power was in the hands of the black immigrants from the United States, who oppressed the original population in a kind of apartheid system.

According to aristmarketing, Liberia became famous in the 1990’s for the long and brutal civil wars that lasted with short interruptions from 1989 to 2003 and in which around 270,000 people perished.

Portuguese sailors “discovered” Liberia as early as 1461 and gave the region the name “Pepper Coast”. In the 17th century, Dutch and English merchants established trading bases on the Liberian coast, which were abandoned a short time later. 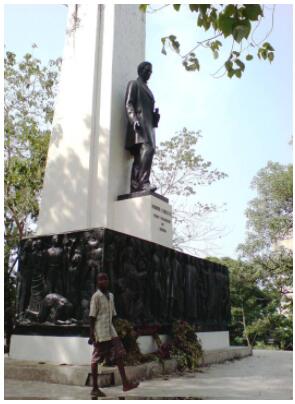 The emergence of the republic

In 1820, the American Colonization Society (ACS) sent black volunteers to the Pepper Coast to establish a colony for freed American slaves. The ACS saw a solution to the domestic political problem of the “free blacks” in the United States in the acquisition of an African colony (the British crown, incidentally, acquired the “province of freedom”, later the colony of Sierra Leone, for a similar motivation). The return of black Americans to their “African homeland” was intended to reduce social and ethnic tensions in the USA and to defend the institution of slavery in the southern states. For these reasons, the ACS was supported by both philanthropic circles and slave owners.

At that time the area was populated by at least 16 different ethnic groups, many of whom immigrated to the area around 400 years ago. Local leaders of the coastal regions who were involved in the transatlantic slave trade did not initially want to sell the Americans any land for settlements. They feared these would get in the way of the slave trade. Ultimately, the Americans prevailed. They brought approximately 12,000 freed slaves from the United States to Liberia between 1822 and 1867 and established a number of settlements that were initially under American governance. In addition, about 6000 Africans came from illegal slave ships that were freed by the US Navy and brought to the coast.

On July 26, 1847, the country declared itself independent and was first recognized by the European powers and in 1862 by the USA as the first independent state in Black Africa. The settlers established a republic based on the political model of the United States, with the right to vote being reserved for the settlers. Joseph J. Roberts, the previous Governor of the ACS, was elected the first President of the Republic. A US-style constitution was instituted that denied indigenous people the right to vote.