Over the past decade, Kaunas, the second largest city in Lithuania, has become a popular place to visit, with an international atmosphere, at least in summer. The style and atmosphere of Kaunas resembles a fair amount of the capital, and its highlights include the old town, a new side of the center main boulevard and numerous museums and churches. 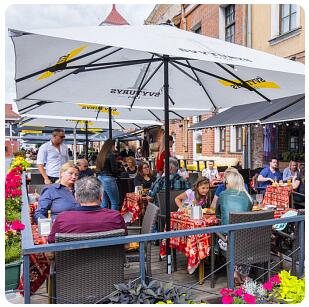 Lithuanian dishes are tasty and varied dishes that the majority of visitors like. The best places to shop are easy to find, as they are areas where you will spend time anyway. Kaunas is an excellent city of culture with concerts and events. For families, Kaunas is good and guaranteed to be safe. Sports fans can watch high-quality basketball matches. Nightlife is nothing very wild, but Kaunas has a lot of drinking places and terraces in summer.

From a tourist point of view, there are two important areas in the city, the old town and the new side of the city center, and in their area is located almost everything that should be seen during your stay. The old town has a few impressive sights around its main square. There are museums on the new side of downtown.

Organized trips are made to Kaunas, but the majority of Finns travel there on their own. There are surprisingly long distances in Kaunas, so there will be a lot of walking. If you want to use the public, buses and trolleys are fast and cheap rides. Getting around by taxi is cheap in Kaunas, and you can also rent a bike there. The weather in Kaunas does not differ much from the weather in Southern Finland. Kaunas is a worthwhile destination all year round.

Kaunas as a travel destination 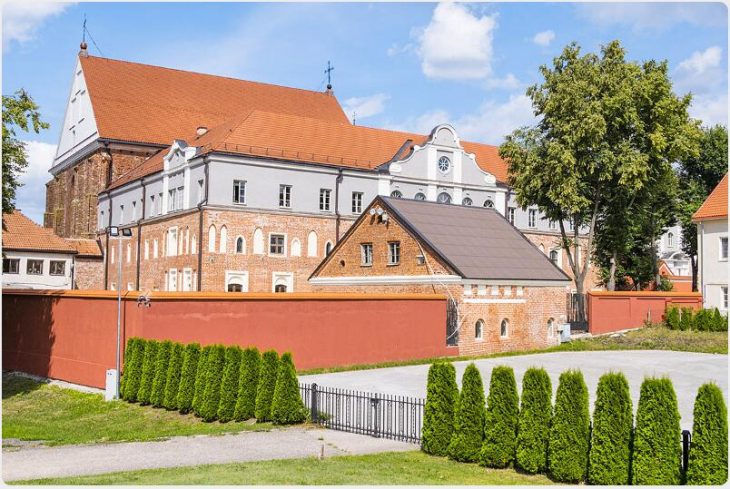 Kaunas is a worthy destination all year round, but the best thing to do there is to visit between the beginning of May and the end of August. April and September are also better months than usual to go to Kaunas, and October can also be quite a good month. The December Christmas market also offers an opportunity to see Kaunas at its most beautiful, but the winter weather is not very common before Christmas.

Although Kaunas is not a popular place to visit, there are many more tourists than there were a decade ago. So the most common ones there are apartments, and there aren’t very many actual hotels. There are several hostels in Kaunas, and in addition to dormitory rooms, they have rooms for one or more people. Many accommodations are far from the old town and in awkward locations, so those on the go should look at the accommodation from the most central locations.

Kaunas is a fairly cheap place to stay, as you can get a big apartment in the old town during the busiest summer months for less than 30 euros. If you invest a little more, you can get a real luxury class accommodation, and it doesn’t really make sense in the city to pay a lot more than 50 euros a night.

The modern history of Kaunas began in the 1360s, when the fort was built, and the construction of the Old Town began in the early 15th century. Kaunas was a member of the Hanseatic League for some time, but many Teutonic Russians and Swedes invaded it in the 17th century, and at the same time the plague struck the city badly on two different occasions. In the 1730s, Kaunas was thoroughly destroyed by two successive fires, and its time as a city of the Polish-Lithuanian federation ended in 1795, after which the city belonged to the Grand Duchy of Russia.

In the early 19th century, Napoleon and his troops passed through Kaunas twice when France tried to conquer Moscow, and on both occasions the French troops totally destroyed Kaunas. In the 1860s, things changed in Kaunas thanks to the railway between Russia and Germany, which passed through Kaunas. In the late Russian era, Kaunas was home to about 75,000 people, but only about 6% of them were Lithuanians, others mostly Jews, Poles and Russians.

After the Russian Revolution, Lithuania succeeded in becoming independent, and Kaunas became the capital of the new country. This is reminiscent of various administrative buildings, of which the presidential palace is the most notable, and the development of the capital was rapid, as all sorts appeared in Kaunas while Vilnius was part of Poland: lots of funk buildings, industry and two funiculars. However, World War II interrupted development, and Lithuania was occupied first by the Soviet Union, then by Germany, and then again by the Soviet Union. It remained part of the Soviet Union until 1991, and since then the city has changed its appearance considerably. Today, Kaunas is the second largest city in Lithuania, with a population of about 330,000.