Jerusalem – a time travel to the past

Thousands of years old, Jerusalem is a holy city of Christianity, Judaism, and Islam. The city appeals especially to tourists interested in religion and history, but there is also culture, good shopping, excellent restaurants and the hustle and bustle of the modern world. 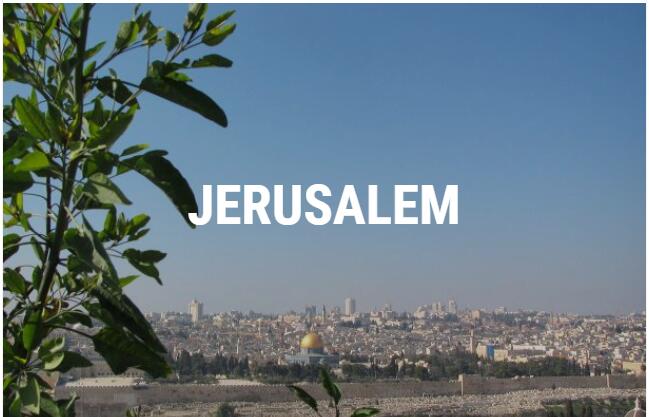 With a population of about one million, Jerusalem is an ancient city that has been built in layers over the years. Especially in the old town you can see the layers brought by history, when the history magazine has turned and a new one has been built on top of the old one.

Jerusalem has a unique atmosphere, as at the same time the city is inhabited by three denominations for which the city is equally sacred. At the same time, for example, you can hear prayer calls resounding from Muslim minarets, see Orthodox Jews rushing to the Wailing Wall in their black costumes and cylindrical hats, and encounter Christian pilgrims on Via Dolorosa.

Each of the denominations that ruled the city for ages has left its mark on both Jerusalem’s building stock and cultural history. In Jerusalem, therefore, the tourist encounters the religious sights of the unparalleled cavalcade, the archaeological sites and the immeasurably valuable cultural history of mankind.

In addition to historical and religious sites, newer neighborhoods and shopping streets can be found in Jerusalem. It is also easy to make a day trip from the city to the Dead Sea, for example.

The historic city of Jerusalem was located within the walls. The present Jerusalem is wider, as evidenced by the view from the Mount of Olives.

October is the most popular travel month

Jerusalem is a warm city with the hottest in Jerusalem in July-August and the coolest in January. Summer temperatures hurt to thirty degrees, and daytime temperatures in winter can be around 20 degrees. During the winter, the temperature drops to around 10 degrees at its coldest.

The driest is in the summer months and the wettest in the winter. It rains quite rarely in Jerusalem, but when it rains in the city, the streets may flood. Heavy rain should be taken seriously especially if you plan to go hiking. 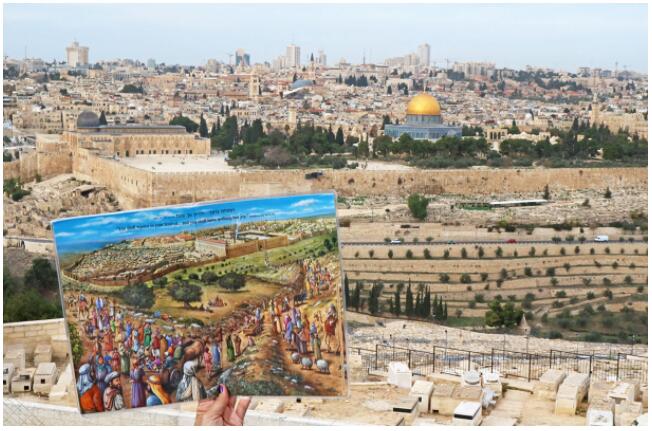 Remember the religiosity of the city

Jerusalem is religious, which is good to remember when traveling to the city. When moving in religious places, one should at least cover one’s shoulders and knees.

Religiosity is also evident in, among other things, the Jewish Sabbath, which runs from Friday night to Saturday night. In the Jewish calendar, Friday and Saturday are weekends, and a new week begins on Sunday. On the Sabbath, most shops close their doors, and there is also less public transport. In religious Jerusalem, this is especially evident in areas inhabited by large numbers of Orthodox Jews – driving a car in these blocks may be prohibited on the Sabbath.

Like the rest of Israel , it is enough for a tourist to follow the usual precautions in Jerusalem. It is safe to move around the country even at night, but going to Jerusalem’s Old City in the dark is worth avoiding. Due to political and religious conflicts, the tourist should also stay away from the crowds and especially possible riots.

The Israeli authorities accept same-sex registered partnerships, but it is worth remembering that it is viewed negatively by extremist circles.

Jerusalem has previously been divided between Israel and Jordan. Many parts of the city, especially the old town, are divided among several groups of people, as can be seen from the souvenirs sold in the Israeli and Palestinian texts. As the land dispute is ongoing, it is worth taking a cautious approach to talking politics. When traveling to the country, you should also take a look at the Foreign Ministry’s Travel Bulletin for both Israel and the Palestinian Territories .

It is a good idea to prepare for occasional security checks throughout the country, and you should always keep your passport with you.

The price level in Israel is almost the same as in Finland. In Jerusalem, English gets along well, and in the alleys of the old city, sellers can even know some words in Finnish.

FLIGHTS, ACCOMMODATION AND MOVEMENT IN JERUSALEM 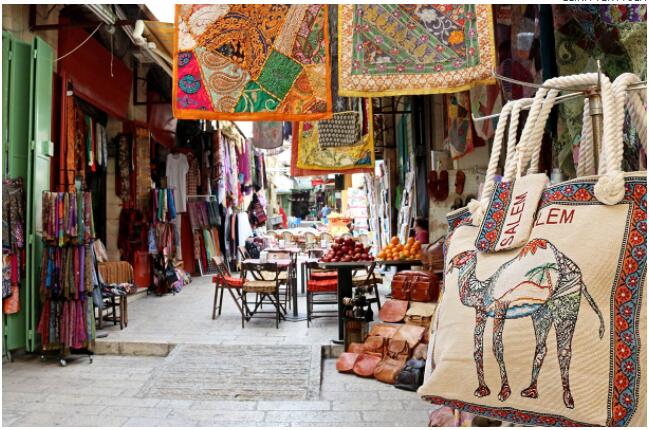 You can make gift purchases from the alleys of Jerusalem’s Old City.

By train from Tel Aviv

Jerusalem does not have its own passenger airport, so the easiest way to get to the city is through Tel Aviv . Norwegian and Finnair fly direct flights to Tel Aviv a few times a week, and the train journey from Tel Aviv to Jerusalem takes about half an hour. Tel Aviv Ben Gurion Airport also offers access to Jerusalem by taxi or minibus.

It is also possible to take a day trip to Jerusalem from the resort town of Eilat , where package holidays are available during the winter season.

Jerusalem is a popular tourist city and accommodation is widely available. As the biggest travel peaks, accommodations go almost completely, as the construction of tall buildings is banned in Jerusalem.

There are several mid-range and luxury hotels, including world-famous accommodations such as King David, Mamilla and American Colony. Jerusalem also has a relatively large number of affordable bed and breakfast and hostel-type accommodation options.

A good area to stay is, among other things, in the lower town of Nahalat Shiv’a, which is as close to the old town as the new shopping streets.

Jerusalem’s main attractions in the Old City are within walking distance. However, getting to the west and east of the city requires the use of public transport or a taxi.

Jerusalem has reasonable bus connections as well as a new efficient tram network that makes it easier to get around. Taking a taxi is reasonably priced.

A good alternative way to get around is to rent a city bike.