The tragedy. – A century of tenuous passions and an elegantly trimmed life, the eighteenth century had its tragedy in the metastasian melodrama, born spontaneously from the condition of the times. But a conscious critical purpose at the same time gave him a multitude of tragedies in the traditional sense of the word, such as had never been seen before. In the seventeenth century the tragic forms that came into use in the century. XVI had continued to live in a ragged way, only by expanding the circle of subjects, now also taken from the Bible, from recent history, from short stories, from the epic, making a greater part of tender feelings and drawing on various elements from Spanish sacred theater, from French tragedies. , from the pastoral drama. In which transformations the tragedy had gone distorting into certain hybrid dramas where pompous clumsiness were accompanied by scurrilous jokes,

However, towards the end of the century the widespread knowledge in Italy of the great French tragedies and the awareness of Italian inferiority in this arringo made every verse maker anxious to provide for the national decorum by creating or renewing the tragedy; hence a flood of compositions of this kind, the numerous critical dissertations on tragic art, and the annual prize competition announced in 1770 by the Duke of Parma. The five polymetre  Tragedies  are Greek-likeby Gian Vincenzo Gravina, a strong critical talent who insisted on considering himself capable of poetry; those of Pier Iacopo Martelli, also an imitator of the Alexandrian verse which he called martelliano, and those of the Paduan Antonio Conti, who perhaps had the impulse to treat Roman subjects from Shakespeare. Nor did the tragedy of the early eighteenth century depart from the French usage for important technical qualities, to which the natural and non-decorative or regulatory classicism of the form, combined with certain qualities of representative efficacy, ensured a modest vitality even outside the world of erudition: the  Merope  of Scipione Maffei, which stopped the type of the new Italian tragedy in the structure and in the meter, the dissolved hendecasyllable.

The Alfieri . – But to the innumerable tragedies of the century. XVIII lacked, in addition to the imaginative figure, the soul capable of conceiving the prufonda essence of human dramas. The form of the tragedy matured in the languid ruminations of its predecessors was an expression of fervent life only when Vittorio Alfieri infused it with the impetus of his impetuous subjectivity, whom the civil history of Italy hails as the precursor and architect of the national political resurrection and the literary history as a vigorous creator of characters and scenes of concrete and living humanity.

According to Allcountrylist, the world that fantasy figured as a visible aspect of the Alfieri spirit was a world of majesty and heroism, all pervaded and shaken by violent and boundless passions; and its characters and elements were the sublime heroes of Greece and Rome, the myths symbolizing the inflexible dominion of fate over human will in the overpowering of passion, the ferocity of medieval barbarism, the crimes of despotism coldly meditated and relentlessly executed, the inexorable revenge of the biblical God. To shape that world in its stage structure and in its style undoubtedly conferred the reasoned intentions of the poet and the action of the French tragic theater; but rather than by virtue of logic or models, that world in its lean, schematic contracted forms dense with vehement meaning leapt to the imagination from the intimacy of that resolute soul, imperious, passionate. Whence he was the magnificent poet of passion, peered into the complex depths of great consciences. In his masterpieces, the Saul  and the  Myrrh , and more of his other tragedies, such as in Agamemnon , Orestes ,  Philip , are scenes of stupendous efficacy, lines of dialogue full of expression, phrases that illuminate the innermost depths of souls and reveal in the brief story of one day the story of the struggles, anxieties, pains that lead to the catastrophe. Glimpses and psychological pictures that are reflected in the lyrics of Alfieri, especially in the beautiful autobiographical sonnets, expressive of gloomy melancholy, of indignation, of loves, of noble ambitions, and in  Vita, where in a prose of robust solidity, of casual gait, of singular frankness and efficacy, the writer carves the figure of himself as he wanted and saw himself and it was in the established implementation of a high moral ideality, that he succeeded nobly educational.

Animated by an ardent love of freedom and a fierce hatred of all tyranny, and persuaded that art should instill in men sentiments of morality, and that literature should exercise a true civil apostolate, he reasoned these concepts in his minor works of prose, and they subordinated the conception of his works of poetry, not infrequently to the detriment of art. In the tragedies, for the most part, two industrious wills oppose each other, to represent the conflict between tyranny and the love of freedom, and while a certain conformity of the scenic schemes is born, the characters, thinned into the passion that dominates them, take on the appearance of abstract types, rather than of real men living in history the multiple life of human nature, and the poetic creation is resolved in moving pages of stimulating eloquence.Etruria avenged , grim exaltation of tyrannicide, of the  Satires , harsh floggers of all that the poet hated in the life of his time, of the biting epigrams and of the  Misogallo , collection of prose and lyrics in which Alfieri expressed his aversion to the nation French and his disdain for the excesses of the Revolution. The poetic soul of Alfieri also releases flashes of light in these writings; but the intent of education leads the author to forms of reasoning or aggressive violence, which remain outside the domain of art. 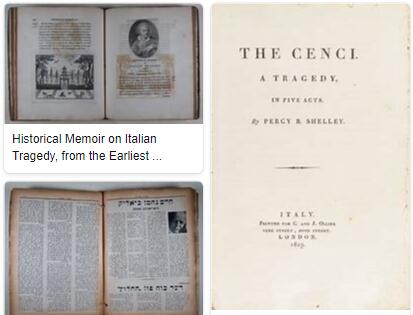