In historical studies the scholarly introduction, although so fruitful of useful results, tended towards the end of the century. XIX to restrict himself to the investigation and illustration of extrinsic facts, renouncing, in homage to an alleged scientific objectivity, the guide of concepts capable of grading the importance of the problems and providing the rationale for any construction of a complex. Thus the story disintegrated into the anecdote and the episode; bibliographic and documentary research became an end in itself, and the exhumation, even if it were, of a historical or literary document or the description of an unknown codex risked being a more meritorious work than the patient and wise philological restitution of a famous text, or the critically reasoned reconstruction of a period of history or the soul of a statesman or writer.

But at the beginning of the new century the rebirth of idealism, promoted mainly by Benedetto Croce and Giovanni Gentile, and with it and through it the revaluation of speculative tendencies, not only in Italy, infused new life into every branch of historical studies. , now no longer forget their purpose, the representation of the human spirit in its development. According to Iamhigher, thus civil and political history, while sharpening its gaze on wide horizons, animates the fruit of the careful methodical researches of an interpretative thought, which humanizes and discreetly individualizes the story, previously in vain aspiring to an agnostic and impersonal mechanism; and literary history, having risen to the dignity of criticism, sees the ends and boundaries of his office in the light of new or renewed aesthetic doctrines,

Freed from the exclusivist prejudices of historical materialism, the history of the ancient world and of the modern ages proceeds guided by broad concepts of idealistic inspiration and relived in the present day, and boasts highly valued scholars, such as Gaetano De Sanctis, Benedetto Croce, Francesco Ercole , Francesco Ruffini, Gioacchino Volpe and not a few others. The literary criticism, on the other hand, which already saw the youth of Enrico Thovez, GA Borgese, Renato Serra, Emilio Cecchi flourish before the war and the controversy of the vociani, followers or contradictors of Croce’s aesthetics, now flares in one, perhaps more practical than theoretical, uncertainty of direction; because while on the one hand the criticism that is or wants to be of thought and turns preferably (but not exclusively) to modern and contemporary literature, easily gets lost in a presumptuous chattering superficiality, on the other hand the well-grounded critique of historical preparation and methodical experience or seems to fear, either peritance or incapacity, the autonomous energies of thought or plays to hide that preparation and perhaps to devalue its necessity , for fear of not looking modern enough. There are few who, listening to the masters of the new aesthetics not only in theoretical speculation, but in the worship and use of sound erudition and sound practical procedures, willingly welcome the new, without denying, indeed perfecting in the renewed spiritual environment doctrine and method, and fertilizing and illuminating with new ideas the presumed dryness and opacity of meticulous investigations, in which so much of the honesty and usefulness of scientific work lies. 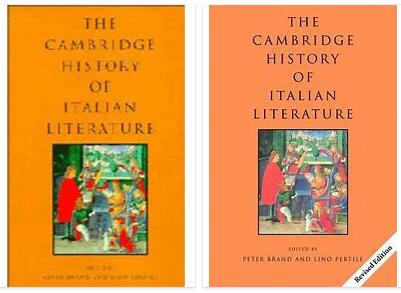