There are two main settlement areas in Iraq. One along the north-south axis of the Euphrates and Tigris. The other in the northeast, as a habitat in front of the Zagros Mountains. The United Nations estimated the population at 38.3 million in 2017.

Iraq has eight cities with over a million residents. Worldatlas.org estimates the population of the most important cities as follows: Baghdad (7.2 million), Basrah (2.75 million), Mosul (1.1 million) and Erbil (1 million). If you add registered and not yet registered refugees and IDPs to the cities of the north, the number of residents increases beyond the estimates of the WorldAtlas. In 2017, data on Iraq’s urban population fluctuated significantly. The partly unclear statistical survey criteria and the highly volatile refugee contingents are the reasons for this. UNHCR estimates the number of Syrian refugees in Iraq at just under 229 thousand in August 2019, while the number of IDPs fell further to 1.6 million in the course of 2019.

According to politicsezine, Iraq’s traffic routes are naturally based on these main settlement areas. There is a fairly extensive and well-developed network of trunk roads. There are also three continuous railway lines. One in north-south direction, from Mosul to Basra. Two more from Kirkuk and Baghdad to the terminus Akashat in the west of Anbar province. For passenger transport, however, the railroad only plays a subordinate role. There are also a number of restrictions on the movement of goods. On the one hand, because there is only moderate political will to expand rail transport; to invest in capacities and logistics. On the other hand, because to this day there is neither a fundamental safety concept nor has the money been approved that would be necessary for numerous repairs to routes and systems.

The port of Umm Qasr, located in the very south of the country, is extremely important for Iraq’s goods traffic. The entire import and export business that is to be carried out by sea is handled from here. Of course, oil exports are at the forefront. There are also two other harbors that are designed for different purposes and types of ship, depending on the depth of the water. Accordingly, there is also commercial and passenger shipping here.

During the past few years there has been a lot of investment in air traffic. In the days of Saddam, civil air traffic within Iraq was virtually paralyzed. Today, however, it is again possible to fly at affordable prices. Within Iraq and within the network of the largest cities. But of course also internationally from the airports: Baghdad, Basra, Najaf, Erbil and Sulaimaniyya. The airport of Mosul was closed for a long time because of the air raids against the IS. Domestic political issues also occasionally limit air traffic. For example, the former prime minister, al-Maliki, prevented the air transport of industrial goods between Baghdad, Erbil and Sulaimaniyya during his last days in office and in the midst of violent disputes with the Kurds. 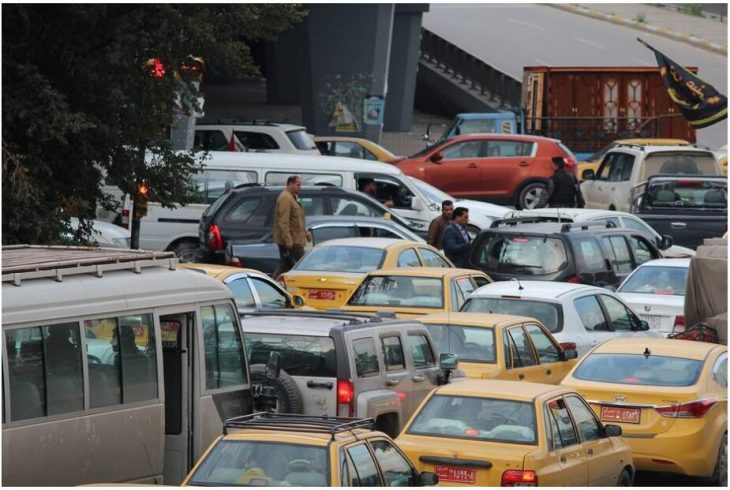 Officially, Arabic and Kurdish are the official languages. Orally, the Arabic-Iraqi dialect is predominant. There are several Kurdish dialects in the Kurdistan-Iraq region, which have also been established in writing for decades. Aramaic is older than the Arabic language in Iraq and is still present in small linguistic islands in the north and northwest of the country. Some older people, mostly Assyrians and Chaldeans, still speak dialects of Neo-Aramaic. Even the Persian, which developed during two extremely different cultural epochs in Iraq, can still be found in remnants in the southeast of Iraq. Above all, it forms a rich loanword vocabulary for Arabic and, even more so, for Sorani Kurdish.

This study by the British School of Archaelogy in Iraq provides an overview of all languages and dialects.

About 15-20% of the population speak a Kurdish dialect. There are three variants of Kurdish: Badhini, Sorani and Gurani. According to Article 4 of the Constitution, the official languages of Iraq are Arabic and Kurdish. All other languages are also officially recognized where the language group in question forms the majority of the population.