In the early years of the occupation, evidence of abuse in Abu Ghraib prison came to light. American soldiers were visible in it, how they torture and humiliate Iraqi prisoners. Numerous media and popular protests follow. In court cases, some of the identifiable actors are sentenced to ” mild prison terms”.

Maliki’s first reign is overshadowed by massive sectarian violence and rising numbers of victims. Militias are “redesigning” several parts of the city along ethno-denominational boundaries and terror groups are carrying out attacks on “strategically relevant targets” but also on gatherings of people, such as Shiite religious festivals. While the south and the large inland cities are particularly affected by the violence, the security situation in the Kurdish-ruled north is relatively stable. Elections will be held in Iraq in 2010. After lengthy agreements between Maliki’s rule of law coalition and Allawi’s Iraqiya party, as well as the involvement of the Kurdish Alliance and the Iraqi National Alliance, it comes to the formation of a government. Maliki will remain prime minister for another term.

The period from 2012 to 2013 was marked by an ongoing political crisis in Iraq. Government work is characterized by mistrust. There are violent confrontations around the borders of the provinces in the “Disputed Areas”. In mid-November 2012 the Kurdish Peshmerga and the Iraqi national army face each other there for 10 days. There are also exchanges of fire, but an escalation can be prevented in good time Dismissals of Sunni government officials are causing a lot of explosive at the government level, all in the face of mass protests and rising violence, as well as major disputes over the national budget passed in March and a new law regulating the oil and gas trade.

The disputes over this lead to the Kurdish Alliance ceasing to work in the government and boycotting parliamentary sessions. Provincial elections are scheduled for April 20, 2013 in Iraq and there have already been several attacks in the run-up. The electoral commission is suspending voting in the provinces of Anbar, Ta’mim and Nineveh for security reasons. The acts of violence are increasing. The elections in the three Kurdish provinces will also take place later, in September 2013. However, not because of security concerns, but because of lengthy preparations and extended deadlines for candidate registration. At the end of the provincial elections, Maliki’s rule of law alliance is a clear winner.

But denominational tensions persist, large parties and alliances have beating militias. The new constitution declares the so-called “debaathification” to be the goal. Sunni politicians complain that this has created another instrument that disadvantages them as a group and excludes them from participating in state institutions. Dismissed Iraqi army officers and security apparatus find their wages in the militias and find recognition again.

The Sunni terror militia “Islamic State” (IS), founded in Iraq in 2003, developed both militarily and institutionally during the Syrian civil war under the name “Islamic State in Syria and the Levant” (ISIL). According to international estimates, his then leader, Abu Bakr al-Baghdadi, commanded around 40,000 fighters in the early years. At that time, the so-called IS proclaimed the caliphate in Iraq, seized the city administration of the megacity of Mosul and replaced the local police authorities with their own militiamen. The Christians were driven out under the threat of death. Other religious minorities, such as the Yazidis, for example, were systematically persecuted and deliberately murdered.

In 2014 there will be both provincial and national elections. Maliki’s Dawa party wins, but again falls short of an absolute majority. Despite attempts to form new alliances, he does not succeed in forming a government. The militias and terrorist groups, above all the IS, are taking advantage of the power vacuum. Maliki resigns under internal Iraqi and international pressure. The main allegations against him are his authoritarian, confessional style of government and incompetence in the fight against IS.

His successor and party colleague Haidar al-Abadi embarked on a new diplomatic course and improved relations with its Arab neighbors, above all Saudi Arabia. In the fight against IS he had to work closely with Turkey and the Kurdish Peshmerga, since the Iraqi army alone could not master the problem. In order to displace the IS, the “popular mobilization “, a collection of predominantly Shiite militias, had to step in. At the behest of the most important Shiite cleric in Iraq, Grand Ayatollah Ali As-Sistani, thousands of civilians ready to fight joined. Although the IS is now considered territorially ousted, the military victory was not enough for confirmation in office.

In June 2017, Iraqi media spread the news that the old town of Mosul was now under their control. Including the great mosque – symbolic because Al-Bagdhadi had proclaimed the so-called Islamic State here. The anti-IS fight will continue until the end of 2017. With the elimination of high-ranking members of the leadership ranks, probably even the repeatedly pronounced dead leader himself, ISIS is currently substantially weakened and pushed underground in Iraq. According to militarynous, during and after the liberation of Mosul, human rights organizations document numerous violations of human rights allegedly committed by the anti-ISIS front. Human Rights Watch has even accused the Iraqi security authorities of covering up possible war crimes. 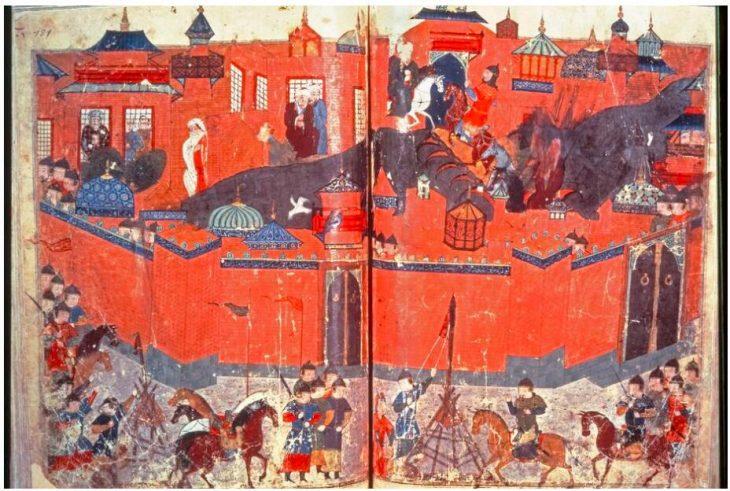