Independence and Rise of the Ba’ath Party

In 1948, the British-Iraqi alliance was renewed in the Treaty of Portsmouth. But in 1958 there was a revolution of the “free officers”, King Faisal II and other members of the royal family were murdered. Abd al-Karim Qasim and Abd al-Salam Arif, both officers, form a government that is supported by Iraqi communists and even for a time by the Kurdish political forces. But the balancing act between Iraqi nationalists, communists, pan-Arabists and other forces in the country turns out to be a challenge. After a failed coup and the beginning of the so-called Barzani revolts, the pan-Arab Ba’ath party wins now increasingly in influence. In 1963 she tried the coup without success, but did not come to power for a longer period until 1968. Hassan al-Bakr becomes president, Saddam Hussein his deputy.

After many negotiations, broken promises (above all the never implemented Treaty of Sèvres from 1920) and several suppressed uprisings, the Kurds were recognized as a “nation” in the March Manifesto in 1970 and granted autonomy. Inner Kurdish disputes and the dispute with Baghdad over the oil-rich provinces of Kirkuk and Mosul prevent the actual implementation. Riots and fighting followed again, claiming thousands of victims. The Kurds are receiving support from Iran.

This dried up after Baghdad and Tehran settled their border disputes on the Shat al-Arab in the Treaty of Algiers in 1975. In 1976 Saddam Hussein spoke of preventing a new Kurdish national movement at all costs. In 1979 he deposed Hassan al-Bakr as party leader, officially for “health reasons”. Now he becomes President, Prime Minister, Chairman of the Ba’ath Party, Secretary General of the Revolutionary Council, Chief of the Armed Forces and the Secret Services. 1980-1988 he wages war against Iran. The first Gulf War claims an estimated 1 million lives.

In March 1988 there was a devastating poison gas attack on the Kurdish city of Halabja. Around 5,000 civilians die immediately and thousands more are injured. In 1988-1989 the Ba’ath regime continued to wage war against its own people. It commits crimes in the north and south in the Anfal campaign. Almost 200,000 people die, thousands more are displaced, dispossessed or forcibly relocated. Heavily indebted through the first Gulf War, Iraq occupies the oil-rich neighboring country, Kuwait. In the Gulf War II, the military defeat was followed by a broad embargo and international sanctions, which finally brought Iraq politically and economically to its knees. 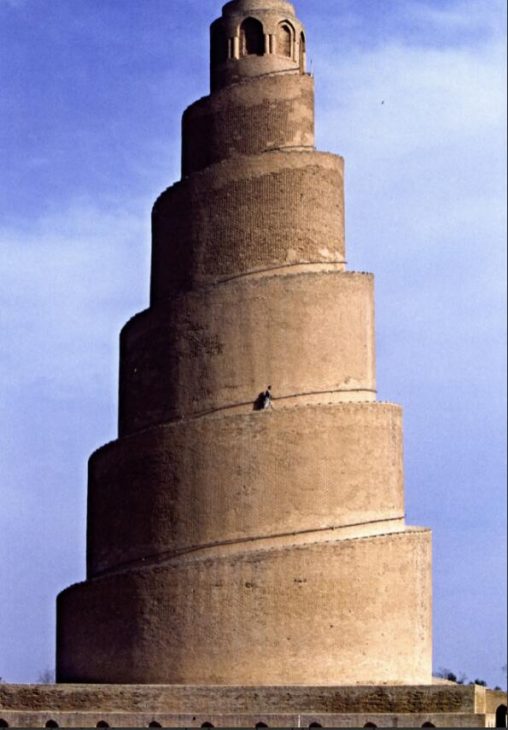 After the 2nd Gulf War

According to mathgeneral, in 1991 the United Nations decreed a no-fly zone in northern Iraq. It is initially intended to protect the Kurds from air strikes by the Iraqi army. In the following year, another zone is established for the south. For the first time in northern Iraq, free elections are being held in the Kurdish-majority areas. After a short period of unification, the largest Kurdish parties, the KDP and PUK, fought each other from 1993 to 1994. The subsequent ceasefire did not prevent bloody battles from breaking out again in late summer 1996, in which the KDP was supported by Baghdad. The conflict will not end until September 1998 with a peace agreement in Washington.

In order to cushion the consequences of the economic sanctions for the civilian population, the UN decided on the “Oil for Food Program “. It allows Iraq to use oil revenues to buy essential goods. The agreement does not stop the increasing impoverishment of the population. At the end of 1999, both the domestic and foreign policy situation in Iraq worsened. Saddam declares the no-fly zones to be null and void. The Arab League falls apart over how to deal with Saddam Hussein. In the city of Najaf, the high Shiite cleric, Ayatollah Mohammed Sadiq al-Sadr, murdered. The result: great unrest all over the country with several hundred deaths. By the end of 2002 tensions between the Shiites and the Baghdad central government intensified. Relations between Iraq and the United Nations are also deteriorating. In particular because the international weapons inspectors cannot work unhindered in the country. In January 2003, the top UN controller, Hans Blix, complained about a lack of support from the Iraqi government.

In March 2003, the Iraq war, also known as the 3rd Gulf War, in violation of international law, in which allies led by the USA and Great Britain invade Iraq. The Iraq had weapons of mass destruction, and constituted a danger to the security is, according to the tenor of the security services and leadership in Washington and London. After the end of this war, Saddam and his leadership are on the run, the war is declared over in May 2003, Paul Bremer is appointed as administrator, who is supposed to regulate the transition to a federal state. In December of the same year, Saddam Hussein is tracked down in his hiding place – a hole in the ground near Tikrit. In June of the following year the interim government begins under Ijad Allawi your work.

Under US and British occupation, the first elections take place in 2005, the United Iraqi Alliance, a majority religiously-oriented, Shiite party assembly wins the election, Ibrahim Jaafari becomes the first elected prime minister. The long-time PUK chairman Jalal Talabani is elected president by the transitional parliament. In October 2005 the constitution was approved by a large majority in a referendum. The Sunni-influenced provinces Anbar and Salah ad-Din reject the constitution each with a two-thirds majority. Approval is also on the brink of approval in the province of Nineve. The main point of criticism against the constitution is the federal structure with the option of establishing new autonomous areas. Arab-Sunni politicians fear that the oil-rich areas in the north (with a large Kurdish population) and south (with a large Arab-Shiite population) will split off.