After the fall of the Ba’ath regime, an incredibly diverse media landscape developed within a very short time, which spanned print, television, blogs and radio. In 2007, MICT documented the media makers’ first steps into the new open space. After satellite dishes were completely banned under Saddam Hussein, the television with satellite equipment is now the main source of information in almost every Iraqi household. Founded with US funding and support, the Iraqi Media Network builta media network with multimedia platforms, above all Al-Iraqiya TV. Since then, a few Iraqi agencies have also established themselves alongside the international agencies. IMN, which is now financed by the Iraqi central government, remains the Iraqi agency with the greatest reach. Iraqi News offers business and security-centric English-language coverage of all of Iraq.

The European funded Media Landscapes offers a brief introduction to the media landscape. The large number of political and religious actors that have emerged and, in some cases, the theoretically constitutionally secured freedom of expression are shown in the approach in the variety of information channels and forms of expression offered. Sometimes it is difficult to identify which media are closer to which party or institution. Media Landscape’s assessments of the affiliation of the respective print media, television channels and radio stations from 2016 are generally still valuable.

According to thesciencetutor, the Kurdistan region does not only represent a parallel media landscape because it addresses a Kurdish-speaking target group and has effectively enjoyed political independence from the central government since 1991. The de facto division of the Kurdish-ruled provinces between KDP and PUK also contributed to the formation of several media spheres within Kurdish. Rudaw and Kurdistan24 offer solid, multilingual reporting, also in English. In 2014, the BBC carried out an assessment of the party proximity of the respective media outlets for the Kurdistan region, which has continued to this day.

Despite the theoretical and constitutionally guaranteed freedoms, UNESCO rates Iraq as one of the most dangerous places of work for journalists. In a current statement, International Media Support criticizes the lack of protection for journalists and the government’s aggressive actions against media activists while reporting on the 2019 protests. In 2020, the security authorities, militias and unknowns posed many dangers for journalists. Journalists were harassed, prevented, suspended or arrested while reporting on the spread of the corona virus and how the authorities were dealing with it. Iraq slipped to 162nd out of 180 in the 2020 press freedom ranking.

According to estimates by the International Telecommunication Union, 58% of Iraqi households had internet access. Compared to the neighboring countries Jordan and Saudi Arabia, this may seem small, but the so-called penetration rate in Iraq was still 1% according to the ITU in 2008. The increasing technical access to the Internet is restricted partly for political reasons. During the mass protests in autumn 2019, the internet was switched off for large areas of the country. Internet activists spoke of a nightly government-prescribed Internet curfew.

According to TheGlobalEconomy.com, the rate of cellphone usage has steadily increased since 2004. It hit a high of 36.47 million users in 2018. The state and private providers have invested heavily in the mobile communications sector. This concerns both the area coverage and regional nodes, as well as the bandwidth of the transmission paths. In addition, the technological status of Internet services in Iraq is improving. Services such as ADSL, WiMAX, CDMA or GSM platforms are increasingly being offered. However, this is still very much related to metropolitan areas and the largest cities. At the end of September 2019, the ITU invited key national players to the Digital Inclusion Week, which was about better and broader access (people with disabilities; people, especially children with difficult access) to communication technology.

Numbeo estimates the monthly cost of an unlimited internet connection at just under $ 50, an amount that only part of the population can afford. The cell phone minute in Baghdad is priced at $ 0.13. In Erbil, internet and mobile phone services seem to be offered much cheaper; The monthly fee for the Internet is 40 USD and the cell phone minute is 0.1 USD.

Outside the Kurdish autonomous zone, the power supply is in some cases still quite unstable. An internet-enabled cell phone is therefore more suitable. The activation of the access or the purchase of nationally valid SIM cards is also quite uncomplicated. As a foreigner, you have to submit your official registration documents plus some photos to the provider. As a rule, you can then use the corresponding services on the same day.

Budde.com offers an overview of the providers of mobile communications and the Internet in Iraq. 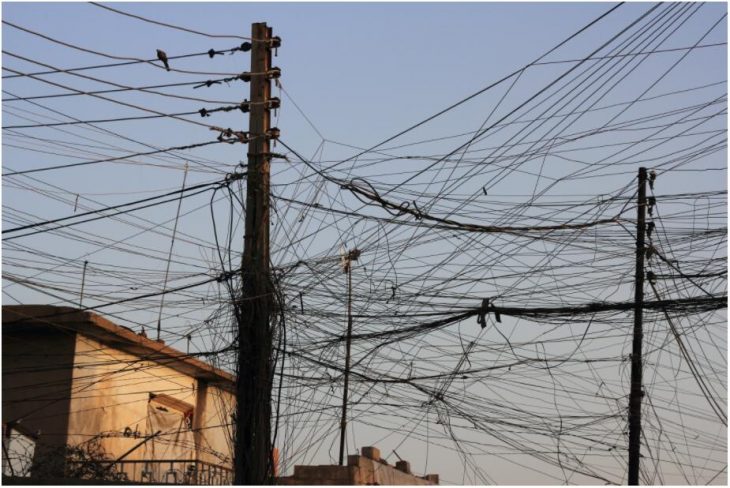