The Iraqi health system was one of the better in the Arab world until the early 1980’s. Iraqi paediatricians had an outstanding reputation and the medical faculties of Mosul or Baghdad were well known in the Middle East. The health system was unable to recover from the Gulf Wars and the sanctions that followed.

After 2003, health care deteriorated. There was a lack of doctors and equipment, especially in rural areas. The civil war and the fight against the so-called Islamic State brought health care to a standstill in some regions. Even after the IS has been ousted from the cities, the supply of the IDP in Iraq is the greatest challenge. A WHO report from November 2019 gives a good overview of problems and possible solutions for better supply.

The most recent, sometimes violent, protests in Basra and other cities were also directed against the poor health care for the population and left dozens dead and numerous injured. First there was a lack of clean water, then there was a lack of electricity and finally cholera broke out because of the polluted water, so that between 14,000 and 17,500 residents have to be treated. The fact that this supply bottleneck is escalating on all fronts in the actually rich oil city of Basra is not a good omen for many analysts.

The report “Iraq’s Water Protests Have Left At Least 13 People Dead (HBO)” (English; 6:48 min) reflects the mood and effects of the water protests in Basra.

The crises and destruction of the last few decades have not only resulted in a high number of internally displaced persons. Almost 9 million Iraqis need help, including health. The health sector, like all other sectors, has suffered from wars, sanctions, corruption and a lack of investment. With the help of the UN and foreign aid organizations, only the bare minimum can usually be secured. In its regular Covid-19 updates, the UNHCR has the medical situation and food security as well as particularly fragile groups, above all the IDPs, in view.

The psychological care of the IDPs and other deprived Iraqis is mostly neglected despite numerous international aid projects.

“Mental Healthcare in Iraq” (Arabic with English subtitles; 1:58 min) gives an insight into the psychosocial work of Doctors Without Borders in Iraq. 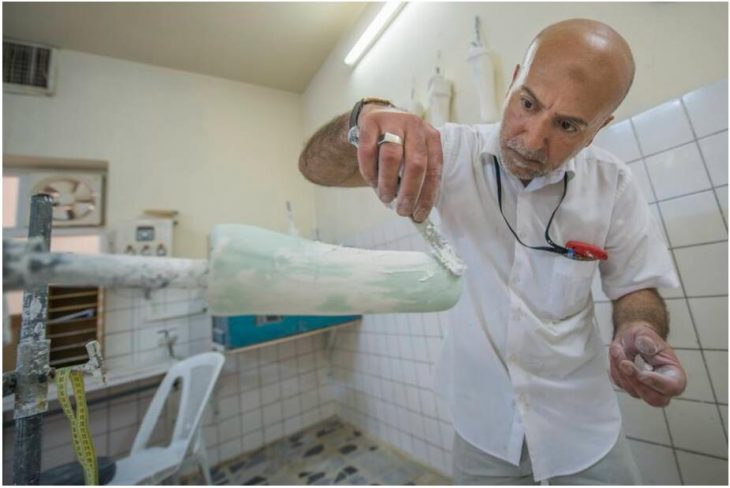 According to softwareleverage, the public health sector has not recovered since the sanctions of the 1990’s. The hygienic conditions in the state hospitals mostly leave a lot to be desired. Although there is statutory health insurance, large parts of society are excluded from it. According to the Iraqi institute IRFAD, 96.4% of the Iraqi population are not health insured. Furthermore, it is not transparent which services can be taken over for whom and to what extent. Many diagnostic and curative measures have not been offered in state hospitals for decades. According to the 2017 World Bank Report, the services offered focus on what is known as primary health care: simple preventive care and basic care. The waiting time for some examinations and operations that are offered can last months or years. The WHO estimates the participation of Iraqi insured persons in health measures at 19%.

For foreigners living in Iraqi cities, health care is satisfactory. In the country it can be problematic if the disease is serious. First aid is basically given here; However, the rule of thumb applies: the smaller and more isolated the village, the more difficult it is to provide medical care. State and private hospitals can be found almost exclusively in Iraqi cities. There the density of practicing doctors, private and state clinics is many times greater. The same applies to pharmacies and medical laboratories.

When using private medical services, a kind of practice fee must first be paid. This is usually between 15,000 and 20,000 ID. Additional costs must then be estimated for special examinations and laboratory analyzes. In addition, medicines that you get directly from the doctor have to be paid for on the spot. In the state centers for first aid, the practice fee is usually waived, but not the costs for any additional services. This includes, for example, X-ray or ultrasound examinations.

As a foreigner, one should assume that high-tech medical equipment is only available in Baghdad and in the provincial capitals. It must also be mentioned that not all medical practices and hospitals in Iraq meet international standards for hygiene. This is especially true for private medical facilities. You are therefore strongly advised to take your own precautionary measures!

In 2012 and 2015, the Ministry of Health reported cases of cholera. In 2012, the cities of Sulaymaniyya and Kirkuk in particular were affected by a total of 300 cases. In 2016 there were around 15 cases in Najaf and Baghdad.

The family doctor should be consulted in good time for the precautionary measures. Malaria is not a major problem in Iraq from May to November. However, the risk in the north and northeast is generally always a little higher than in the interior. Baghdad, Tikrit and Ramadi have not reported any malaria cases since 2009. However, you should inquire about vaccination options with your family doctor before you travel and heed the medical recommendations in the country itself.

In general, it is recommended to inquire with the sending organization about the type and scope of individual health insurance. Anyone who is not an employee of a development cooperation organization, but works as an external consultant or otherwise self-employed, should first take out special health insurance abroad. It is important to be able to tailor the specific services for Iraq to one’s own needs. Since there are no binational agreements between German and Iraqi health insurers, all costs incurred in Iraq must first be paid in advance.