Under the 2005 Constitution, Iraq is a democratic, federal and parliamentary republic. The national parliament has 329 seats for the first time since May 2018. 9 seats are given to minorities. At 25%, the proportion of women in parliament is far above the average in other parliaments in the region.

Islam is the official state religion and also anchored as the source of legislation. The official languages are Arabic and Kurdish. Freedom of belief is guaranteed. In addition, freedom of the press, freedom of speech, freedom of opinion and assembly; but on the condition that “public order and morals” are not violated. Constitutional principles such as the rule of law, separation of powers, party pluralism and an independent judiciary are named in the constitution as the foundations of the state structure.

However, the constitutional reality deviates from it in many respects, since neither the principles are not operationalized nor independent institutions exist that would be strong enough to monitor or guarantee compliance with the constitution. The system of ethno-denominational participation (Muhasasa) in state institutions has led to the state apparatus being bloated and opaque. In addition, the Muhasasa system not only has systemic losers but also some opponents, above all the secular and national forces. Corruption and a lack of efficiency bring reconstruction to a standstill.

The formation of a government after the elections in May 2018, the fire in some polling stations and the subsequent recounting of votes are a reflection of the difficulties of the new democracy. The final results were a mixed bag, with one winner, Muqtada As-Sadr, and many losers. Muqtada As-Sadr himself stuck to his announcement that he would not hold any official office. After long negotiation processes and numerous protests in the summer, the Iraqi parliament confirmed the filling of some ministerial posts in October and November. After the political blocks were divided, the last and security-relevant ministries became in June 2019 interior, justice and defense occupied. After several months of protests against corruption, a lack of infrastructure and the inefficiency of the state, Prime Minister Abdul-Mahdi has offered to resign. The Iraqi parliament accepted the resignation and tasked President Barham Salih with the nomination of the new candidate for the office.

After the constitutional deadline was exceeded, Salih initially opted for the experienced Mohammed Tawfiq Allawi. The tension on the streets did not decrease as the number of victims is constantly increasing, and armed people in disguise target not only protesters but also police officers. Many protesters rejected the appointed prime minister ” as part of the establishment ” because he was previously involved in several cabinets. Allawi did not succeed in forming a government. After opposition blocs systematically thwarted the votes on his proposed cabinet by absenteeism, he resigned at the beginning of March.

In mid-March, President Salih then introduced the second candidate: Adnan Al-Zurfi. Al-Zurfi was initially supported by the Victory Block of former Prime Minister Abadi and the Sairoon Block of Muqtada As-Sadr. He participated in the interim administration set up by the occupying powers after the 2003 Iraq war. Resistance from the Shiite political blocs Fath, State of the Law and Wisdom ultimately led to the formation of a government being blocked. After Zurfi’s opponents put up their own candidate, the Sunni Arab and Kurdish blocs also withdrew their support from Zurfi. He then submitted his resignation.

Finally, on April 9, 2020, President Salih instructed Mustafa Al-Kazemi, the candidate favored by those Shiite blocs, to form a government. Before the official appointment of Al-Kazemi, he already received the support of the President of the Kurdish Autonomous Region, Necirvan Barzani. Al-Kazemi was previously head of the secret service (2016-2020), an official at Baghdad airport, editor-in-chief of a magazine and executive director of the Iraqi Memory Foundation, an institution that deals with the detection and documentation of the Ba’ath crimes. On May 7, 2020, Al-Kazemi provided parliament with a regular cabinet on time(15 of 22 items) which has been confirmed. A good month later, the Iraqi parliament confirmed Kazemi’s occupation for the remaining 5 ministries, including the highly sensitive areas of oil and foreign affairs. 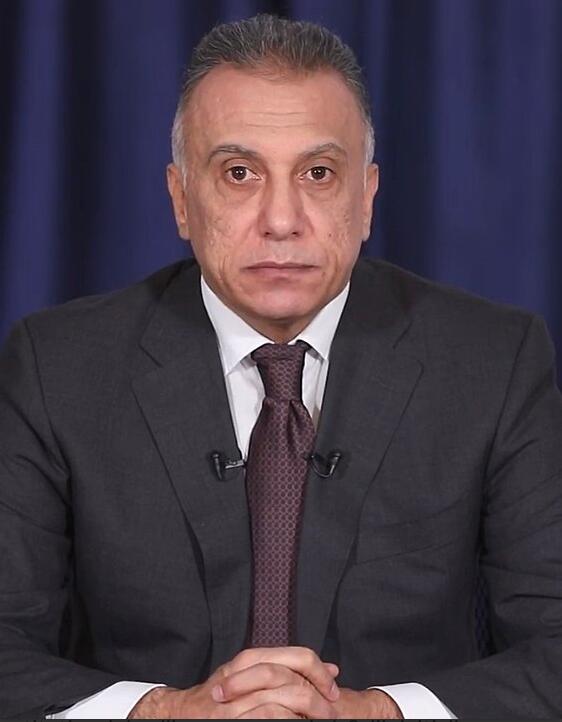 According to naturegnosis, Iraq had eighteen provinces as of 2014. In 2014, the Iraqi Council of Ministers decided to separate Halabja Province from Sulaymaniyah Province, but the decision has not yet been put into practice. Further provinces are to be established from the provinces of the west, Al-Anbar, Salah Ad-Din and Nineveh.

Three of the 19 provinces (Erbil, Dohuk, Sulaymaniyah) form the Federal Region of Kurdistan, administered by the Kurdistan Regional Government KRG. In September 2017 the KRG called for a referendum on the independence of Kurdistan, which was approved by an overwhelming majority. An Iraqi federal court declares the polls to be unconstitutional. For months, Baghdad let the autonomous regions feel its power, especially in border control and in the financial sector. The rejection of neighboring countries made itself felt in the economic sector. So the “yes to independence” was effectively a disaster for Kurdish interests. The long-time president of the KRG, Masoud Barzani, who had implemented the referendum with vigor, resigned as a consequence. The power struggle between the largest Kurdish parties, the KDP and PUK, has since weakened inner-Kurdish reforms and Erbil’s position vis-à-vis Baghdad.

After the resignation, the political offspring of the Barzanis shared power. His nephew, Necirvan Barzani, long-time Prime Minister under Masoud Barzani, inherits him as President of the KRG. In June, the appointment of his son, Masrour Barzani, as Prime Minister of the KRG came as a surprise. Although the last regional elections were concluded in September 2018, the further formation of a government did not really begin until June 2019. After initial differences, the cabinet was able to take the oath of office in July 2019.