In recent years, Turkey has been an indispensable trading partner, especially for the northern provinces. Turkish investors and construction companies are of enormous importance for the reconstruction. Militarily, however, the relationship is tense. On the one hand, Turkey is an important partner in the fight against IS. On the other hand, Turkey undertakes military operations, especially in the north, which are not always discussed with Baghdad or Erbil. The stable relations of Erbil and Baghdad with Turkey are mostly unaffected by the sometimes massive military interventions that Turkey claims against the PKK are agile. During the June operation, a Turkish politician suggested that Turkey build temporary Turkish military bases in order to prevent the PKK from regaining its strength.

Iran remains the closest partner in the region. Already during the Baath times, Tehran had excellent relations with the Shiite opposition movements that dominate political life in Iraq today. Iraq is currently the main consumer of electricity and other goods from Iran. Iran also pledged that private companies will help rebuild Iraq’s electricity sector.

Iranian relations are also stable with Erbil. Kurdish opposition members found refuge and military support in Iran during the Baath period. After relations between the KRG and Iran cooled down due to the independence referendum, a rapprochement has taken place again since the beginning of 2018. The occasional shelling of positions close to the border by Iran hardly tarnishes this project.

At the international level, the US remains an important partner for reconstruction despite its role in the Iraq war. Conversely, post-war Iraq plays an enormous role in stabilizing the region in which a proxy war between Iran and Saudi Arabia is being waged. Iraq, as Iran’s closest Arab neighbor, with its importance for the Shiites, can play a mediating role. The signs of the parliamentary elections in May 2018 indicate a slight shift in favor of a pro-Arab, Shiite course. There was an actual deterioration in Baghdad’s relations with Washington after the execution of Iranian General Qassem Sulaimani. US positions, both military and civil, have been the target of rocket attacks since then. Strategic talks should now lead the two sides to an agreement. The decision to reduce the military presence in Iraq has already been made.

German-Iraqi relations are comparatively constant and stable. The quick help from Germany in the fight against the terrorist organization “Islamic State” is seen as helpful in Iraqi politics as well as in the Iraqi public. At the end of September 2014, for example, Germany delivered weapons, ammunition, equipment and training aids to the Kurdish Peshmerrga soldiers in order to support them in the fight against IS. Criticism of the military development of the Peshmerga on the part of the Yazidis and the central government led to a reassessment of the mission. In Iraq, the Bundestag resolution of March 22, 2018, focus of the operation and the training of executives of the central Iraqi armed forces with the aim of building sustainable skills, called “capacity building”.

The greatest additional foreign policy challenge facing the Kurdistan region is the geo-strategic shifts in the Syrian west, from which thousands of refugees have fled to northern Iraq. The refugees have been received very well by the population, but logistically and politically the autonomy authority is caught in a field of tension here. Almost two thirds of the refugees are women and children. Structures for better supply and integration must be built. For this, the Kurdistan region depends on its main partner for trade and reconstruction, Turkey, which in turn is a controversial actor in northern Syria.

Development cooperation between Germany and Iraq

In addition to humanitarian aid and reconstruction, German development cooperation with Iraq has been focusing on job creation, education and health (with a large focus on MHPSS) since 2014.

The Federal Ministry for Economic Cooperation and Development (BMZ) has been involved in the reconstruction of Iraq since 2014. To stabilize the country, schools are being built in former war zones, the water supply is being improved, and the psycho-social strengthening of the refugees in the “cash-for-work program” is at least temporarily given wages and salaries. In regional resilience projects, refugees, IDPs and other groups in need are to be stabilized and supported. But reconstruction is difficult in the shadow of instability, power struggles and corruption.

The DAAD supports Iraqi students and researchers who want to study in Germany. His offices in Baghdad and Erbil support those who are interested in finding the right university and provide information about access conditions. In addition, the DAAD is in charge of setting up university partnerships throughout Iraq.

With the large-scale grant program Human Capacity Development Program, the KRG wants to invest massively in the university sector. 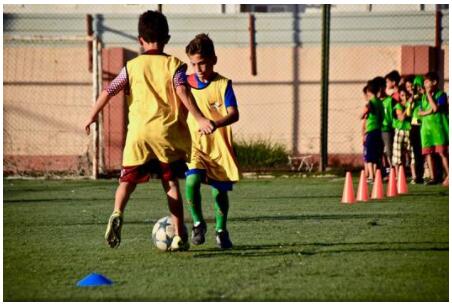 German foundation and business offices with a focus on Iraq