Mesopotamia is considered the cradle of numerous cultures. Archaeological finds from Mesopotamia are dated to the 11th millennium BC. dated. First languages and scripts develop in the 4th millennium BC. Sumerian, Akkadian, Assyrian and Babylonian cities and empires are developing geographically close and not always free of territorial conflicts. They give themselves the first administrative structures, laws and constitutions. Huge temples are built to the numerous gods.

The gate of the goddess Ishtar in Berlin’s Pergamon Museum is one of the most beautiful preserved manifestations of Babylonian architecture.

It pays homage to the Babylonian goddess of beauty, fertility and destruction, whose marriage proposal Gilgamesh turns down, according to legend, with devastating consequences.

The Gilgamesh epic about a king’s search for immortality continues to inspire historians and writers around the world to this day. Stone tablets convey fragments of the epic, in different versions and languages. They prove that in Mesopotamia at that time, despite the different languages and systems of rule, there was a lively exchange of mythological and religious ideas in a very small space between the secretaries.

The year 539 BC Chr. Forms an epochal turning point. Cyrus the Great first conquered Babylon and then extended his rule to large parts of Mesopotamia. With this, whole ages of Sumerian, Akkadian, Assyrian and Babylonian high cultures come to an end.

The Mesopotamian will have been under Persian rule for more than 300 years. Territorial battles between the Seleucids, Parthians, Sasanids and Romans over the Mesopotamia followed. The weakening of Persian and Roman troops paves the way for the gradual Arabization of the region.

In Kadesia and Jarmuk (approx. 636 AD), Muslim, mainly Arab troops push back the Persian and Byzantine empires and finally take Mesopotamia, Syria and Palestine. In the following years the important cities of Basra and Kufa are founded in Mesopotamia. For a few years the Khalif Ali Ibn Abi Talib even moved the seat of government from Mecca to Kufa. After his assassination, however, the Umayyads ruling from Damascus prevailed politically.

Ali Ibn Abi Talib’s followers see in his sons, the grandchildren of the Prophet Mohammed, Al-Hassan and Al-Hussein, the legitimate successors. In the battle of Kerbala in 680 AD, Al-Hussein and his companion were killed by the Umayyad army led by Yazid I. Since then, Kerbala has been one of the most important Shiite pilgrimage sites.

In 750 the Abbasid dynasty emerged in Mesopotamia and contested the seat of the caliphate with the Umayyads. The founding of Baghdad in 762 and the re-establishment of Samarra are considered milestones of the Abbasid dynasty. Among other things, they develop the Arabic language, promote trade, and invest in architecture and urban development. The Abbasids can live until around 945 AD. hold on to power. In the time after that, they are dependent on the military protection of the Persian Buyids, later the Seljuks, and thus become increasingly politically dependent. The Abbasid era is portrayed in Iraqi school books today as the heyday of Mesopotamia.

In 1258 Mongol troops destroy Baghdad and murder large parts of the Abbasid family. During the Mongolian period, the millennia-old system of irrigation was destroyed and the supply system of Mesopotamia collapsed.

The dynasty period of Timur I was followed by a disintegration of the region into areas of influence of Turkic-Mongolian, Turkmen, Arab and Persian tribes.

Then the Ottoman Empire gradually conquered the Mesopotamia in 1534. The first provinces with their own administrations are founded: Mosul, Baghdad and Basra now form a geographical axis between Turkey and the Persian Gulf. 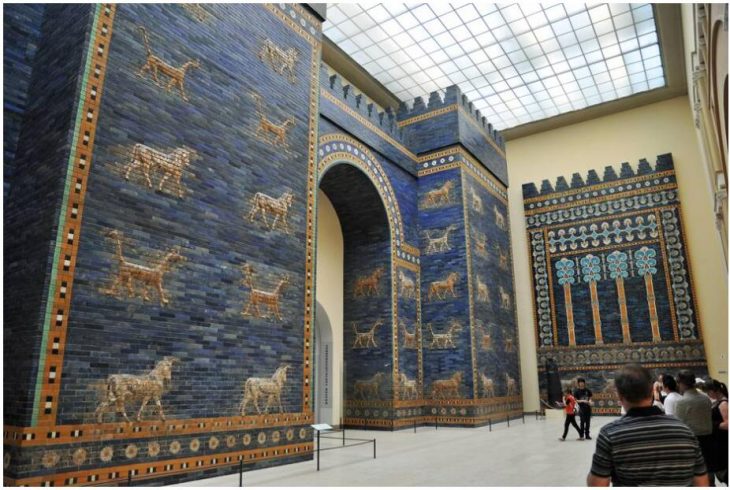 Iraq until the end of WWII

In 1908, large oil fields were discovered in Iran – with far-reaching consequences for the region. Because just a year later, the binational Anglo-Persian Oil Company (APOC) was founded – a forerunner of today’s British Petroleum (BP). By 1914 Great Britain, represented by the British Admiralty, screwed up its company shares to 51%; in addition, it acquires 13% of the state-owned Turkish Petrol Company (TPC).However, this does not entitle the British to obtain licenses for oil drilling in Iraq – which was the original strategic interest. In the course of the contrary alliance policy during the First World War (Turkey is allied with the German Reich, Great Britain is its opponent) the tensions between the Turkish majority owners and the British minority holders intensify. In the end, the First World War brings all oil production to a standstill.

In 1916 Great Britain and France signed the Sykes-Picot Agreement, which regulates the division of Ottoman territories after the end of World War I. In 1920, the League of Nations awards Great Britain, among other things, the Iraq mandate. A year later, King Faisal ibn Hussein of Great Britain is enthroned as King in Iraq.

According to internetsailors, in 1932 Iraq becomes a full member of the League of Nations and thus became independent. In fact, however, the British retain their strong influence, because they secured it two years earlier in the Iraqi-British treaty. In the areas of foreign policy, the army, exports and education in particular, the Iraqi government has to bow to English ideas. In addition, the British reserve the right to use airfields for military purposes and have a right to intervene in the event of war. Also, but not only because of this, the formal independence of the population is little appreciated.