Iraqi society is on the move – sometimes in very different directions. How well and how long the bond can withstand this is a test for the future.

The long cultural history of Iraq is still evidenced today by the many architectural monuments and archaeological excavation sites from different eras. Places like the cave paintings and rock portraits in various parts of the Zagros Mountains. Formerly Assyrian cities like Nineveh or Assur, which point to the empire of the same name. Mention should be made, among many others, of the Kurdish castles of Erbil and Turkmen settlements around Kirkuk; the Shiite cities of Najaf and Karbala. Baghdad also has ancient academic institutions and mosques. And last but not least, the largely reconstructed Babylon with its famous processional street and the numerous archaeological sites of the Sumerian cities of Ur, Uruk and Lagash. Finally Basra and the surrounding marshland landscapes, in which systematic water management was virtually invented. They all make an ancient cultural history tangible.

According to philosophynearby, Iraq can boast 5 world heritage traits.

The definition of the cultural identity of Iraq is one of the main controversial issues in current politics. After the Ba’ath regime decreed a bond with the Arab world, strong centrifugal forces dominate the debate at the moment. The constitutionally anchored debaathification, the formation of denominational militias and the struggle with the so-called Islamic State are both symptoms and the result of this struggle. With a large majority, the Kurds decided in 2017 that they would like to become an independent state. But not only Baghdad opposed it. Without the support of the Allies and neighboring states, the future state would have had no chance. So it stayed with the dream of independence for the time being. The short films of the Kurdish film festivals in London is available online due to the Corona crisis and give an interesting insight into Kurdish culture and milieus.

Even southern provinces announce again and again to try to start his own business. Usually such threats serve tactical purposes. Along with the recent protests in Basra, voices are rising calling for the independence referendum, which has been requested since 2015, to be held in the south, but nothing changes in Baghdad.

With 97% of the population, Islam is the most widespread religion in Iraq. Among the Muslims, the Shiites form the clear majority with around 60-65%. The second largest denomination of the Sunnis lives mainly in the northeast, in the west and in the central region of Iraq. Most of the Kurds in the autonomous zone profess to be Sunnis. But there are also modern Zoroastrians and Yazidis among them. Most of the Kurds in Baghdad even feel connected to a Shiite branch of religion: that of Feili-Shia religion. The Shiites mainly settle in some parts of Baghdad and the south of the country. The centrally located cities of Najaf and Kerbala are among the holy places in the Shiite faith.

Immediately after the fall of Saddam, the proportion of Christian religious communities was 3%. This included Syrian Orthodox, Apostolic and Assyro-Chaldean congregations. Nowadays, that percentage is likely to be significantly lowerfail, because a good half of all Christians have left Iraq in the past 10 years. This process has intensified since the IS fighters invaded and took over the city of Mosul. Many Syrian Orthodox Christians are now fleeing, which 10 years ago comprised around 44,000 parishioners. In their settlement area, in and around the city of Karakosch, it is currently estimated that there are only 1000 religious members. There are also religious minorities such as the Shabak, who almost without exception live in the north and around Mosul; a few still in Baghdad. Mandaeans settle in the southwest of Iraq. Almost all Jewish families left Iraq in the mid-1950’s.

For decades, religion has played an increasingly important role in political debates, in the social negotiation of freedoms and borders, and in Iraq’s debate on identity. After the fall of the regime, secularism initially no longer seemed an acceptable concept. Until the elections in summer 2018, religious alliances formed the governments. The election results brought a slight shift in favor of national and secular forces and could mean a change in the prevailing rhetoric. 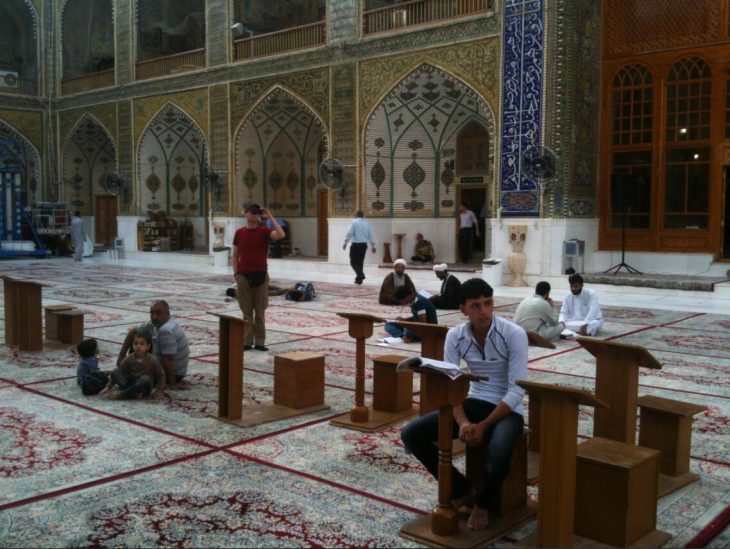