According to estatelearning, Liberia is not a classic partner country of German development cooperation. However, the Federal Ministry for Economic Cooperation and Development (BMZ) supports financial and technical cooperation projects from the regional program ” Fragile States of West Africa “. The main focus of the Reconstruction Loan Corporation (KfW) lies on the one hand in supporting the LRTFand on the other hand in a reintegration and reconstruction program in southeast Liberia. The program in the south-east of the country was supported by the BMZ with an additional 5 million euros in 2011 when a particularly difficult situation arose in the border area to Côte d’Ivoire due to the over 160,000 refugees. This program is implemented by Deutsche Welthungerhilfe (DWHH). For another component of this program – the fight against sexual violence – the organization Medica Mondiale has been involved on behalf of KfW and DWHH, since May 2015 with the support of the now independent organization Medica Liberia. In Monrovia, Welthungerhilfe supported people in building city ​​gardens which are the most important livelihood for many of them.

In the years after the war in Liberia, the Society for International Cooperation (GIZ) was primarily active on behalf of the United Nations High Commissioner for Refugees (UNHCR) in looking after displaced persons and in organizing their return. She also carried out various projects in the field of emergency aid on behalf of the Federal Foreign Office and the BMZ. Since 2008 there has been a project to strengthen the capacities of the government and the private sector in the transport sector. GIZ also carried out a program on behalf of the Federal Foreign Office to strengthen the functionality of police structures in Liberia. The program, which was carried out in cooperation with the UN, strengthened police forces and police institutions through training, infrastructure and equipment measures as well as by supporting management capacities. In the fight against Ebola, GIZ supported medical facilities and the food supply of quarantined households.

For a long time, the humanitarian organization Doctors Without Borders took on most of the treatment of Ebola patients. Chancellor Merkel had responded to a call for help from President Johnson-Sirleaf to take part in the fight against the epidemic. The Bundeswehr and the Technical Relief Organization had flown medical aid supplies to Liberia for a few months from October 2014. As part of the UN mission UNMEER to fight Ebola, the technical relief organization provided logistics as well as engineers to maintain generators, secure the water supply and set up communication systems. The Bundeswehr supported the German Red Cross, one establishing an infirmary for Ebola patients in Monrovia. As in the entire region, this aid was coordinated by the Federal Government’s Ebola Commissioner, Walter Lindner.

In addition to state development cooperation organizations, various church and private aid organizations are active in Liberia. Until mid-2010, Cap Anamur ran a clinic in Monrovia for mentally ill people – often traumatized civil war victims. Misereor partner organizations look after war-damaged children in Liberia and give them prospects for a life in peace. Misereor also advises health facilities. The DKH was active in treating Ebola patients and together with Bread for the World and the German Institute for Medical Mission (Difäm) Strengthening local people in the fight against Ebola and maintaining basic care through the church health facilities. The German Red Cross (DRK) operated an Ebola treatment center, but due to the significant decline in new Ebola infections in Liberia, it did not treat any Ebola patients. Instead, the treatment center was used to provide temporary support to the Liberian health system in the treatment of non-Ebola infectious diseases and closed after a few months.

After the Ebola epidemic, Difäm held a large three-day conference with the support of GIZ and the Federal Ministry for Economic Cooperation and Development (BMZ) in cooperation with the Liberian organizations NARDA and CHAL, which focused on improving the Liberian health system, and which will follow health projects at the community level. Corresponding conferences were also held in the neighboring countries of Sierra Leone and Guinea.

Bread for the World and AGIAMONDO (until 11/2019 AGEH) support Liberian non-governmental organizations as part of the civil peace service by sending peace workers, in the education sector, for example, the Kofi Annan Institute for Conflict Transformation (KAICT) of the Liberian University and the National Association for Adult Education in Liberia (NAEAL). 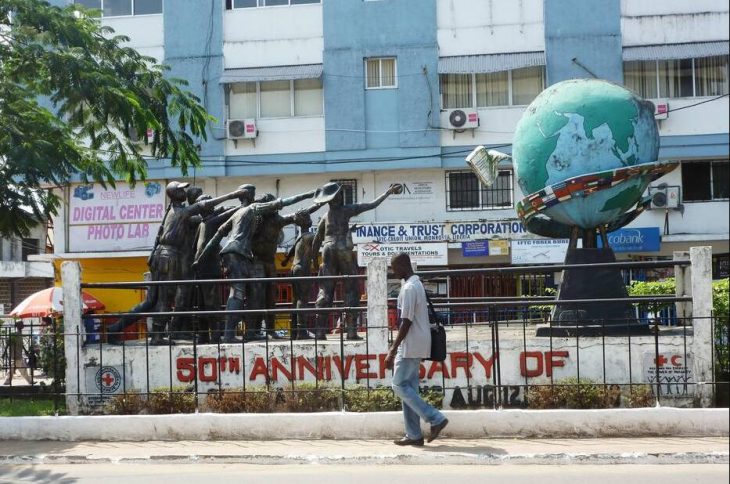